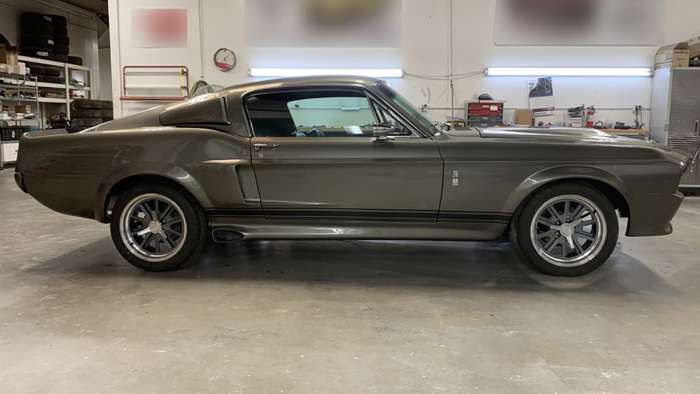 Which Movie Mustang Is Better? John Wick or Eleanor?

Mustangs have been part of pop culture and great movie chases over the years. But two classic muscle-car era Mustangs stand out the most – John Wick’s 1969 Mach 1 and Eleanor the 1971 Mustang Sportsroof.
Advertisement

As much attention as the Bullitt Mustang received recently, you’d think that was the only movie-star Mustang.

While Bullitt Ford Mustang features one of the greatest (if not the greatest) car chase scenes in movie history, there are a couple other great, classic Mustangs that grace the silver screen and are pretty impressive in their own right. The 1969 Mustang Mach 1 from the John Wick films is one of the all-time best Mustangs. And John Wick star Keanu Reeves certainly loves his car. Who can blame him? And other than Bullitt, Eleanor is probably the most classic movie Mustang of all time. This 1971 Mustang Sportsroof (dressed to look like a 1973) actually was given movie credits as one of the outright stars of the 1974 film Gone In Sixty Seconds.

Eleanor Mustang from Gone In Sixty Seconds
Gone In Sixty Seconds is about a band of car thieves who are tasked with stealing 50 cars in one night. Originally made in 1974, that film featured a 40-minute long car chase through California and during filming more than 90 cars were wrecked.

The car that stood out among all those other ones is called Eleanor and it was a yellow 1971 Mustang Sportsroof that received 1973 grilles to look correct for the year the movie was released. The car holds onto its 1971 front bumper and side panels however, so Eleanor is truly a one-of-kind Mustang. In the 2000 remake of Gone In Sixty Seconds, Eleanor was a 1967 Dupont Pepper Grey Fastback that the film inaccurately called a GT500 (it was NOT).

Various stunt cars from both Gone In Sixty Seconds movies have sold at auctions, with one earning almost a million dollars in a 2013 auction. Now, enthusiasts can get customized versions of either Eleanor car from fabricators or resto-mod companies. These recreations and replicas won’t come cheap as they can go well north of $100,000. But hey, it’s one of the all-time coolest Mustangs, so why not honor it?

John Wick’s Mustang
There have been three John Wick movies, all starring Keanu Reeves as an assassin (a fourth sequel is being filmed now). He drives an ultra-cool, super-fast Mustang. In the movie they claim Wick’s beloved Mustang is a Boss 429, but it’s really a 1969 Mach 1.

That was really one of the peak years of the Mustang as the Ford vs. Chevy rivalry heated up with Mustang vs. Camaro. It’s not fully known what John Wick’s Mustang had under the hood, but since it was fast, we can assume it had the Cobra Jet 7.0-liter V8 engine which made 335 horsepower. You could argue that the 1969 Mach 1 is the point where the Mustang pony car became a true muscle car. I’ve argued that point in previous writings and you can find my story here. 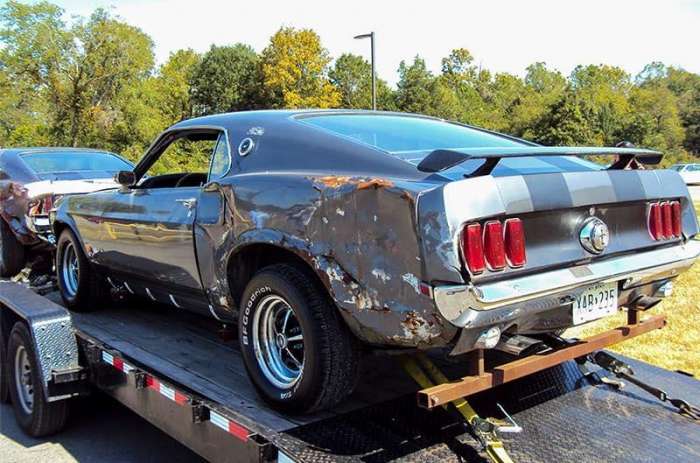 Similar to the Eleanor, there are resto-mod companies making John Wick Hitman Mustangs. One company is putting in a Coyote V8 engine with a whopping 1,000 horsepower. Now, perhaps in the fourth edition of John Wick, that they’re filming now, perhaps the titular character will drive one those. I know I would. Or he can wait until the 2021 Mustang Mach 1 comes out. That might be an even better option for the hero assassin.

Mustangs have dominated the silver screen and certainly Eleanor and John Wick’s Hitman Mustang have been overshadowed by Bullitt. But both of these Mustangs should be in consideration for two of the best Mustangs to ever grace the silver screen. Which would you prefer? Leave your comments below.

lloyd koch wrote on July 7, 2020 - 1:27pm Permalink
COOLEST MUSTANG FROM AN OLD OWNER OF A 69 MACH 1 WAS THE ELANOR MUSTANG IT LOOKED ABSOLUTELY BEAUTIFUL AND CAGE LOOKED GREAT IN IT. JUST WENT VERY FAST OR APPEARED TOO AND SOUNDED SUBLIME. AS A BIG V8 SHOULD SOUND. LOVED THE SIDE PIPES MINE HAD THOSE TOO AND MADE THE 428 SOUND FABULOUS ESPECIALLY WHEN YOU STUCK THE BOOT INTO IT.
Shon De Vet wrote on December 1, 2020 - 1:10am Permalink
Wicks car was a 69 Boss 429 not a Mach 1
L8nite00 wrote on February 22, 2021 - 3:42pm Permalink
Although the man called his car a Boss 429, it is actually a Mustang Mach 1. The biggest give away that Wicks' car isn't a Boss 429 is that it contains an automatic transmission, instead of a manual. All of the 1969 Ford Boss 429 Mustangs were equipped with a 4-speed manual transmission.