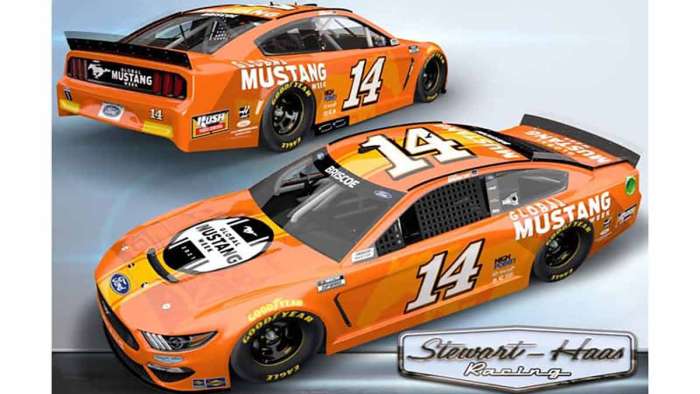 All-new Mustang race car from Ford Performance will compete in the NASCAR Cup Series starting in February 2022 will be revealed May 5. Chase Briscoe will have special emblem on his No. 14 Mustang for Richmond race to honor Global Mustang Week. Mustang Mach-E to be pace car at Richmond 400.
Advertisement

There’s always the jokes (both good and bad) about what Ford stands for. Well in the NASCAR world, where Ford has been dominating for years, it stands for First On Race Day. Case in point, Mustang has 31 wins in the NASCAR Cup Series since becoming Ford’s flagship model for the series in 2019, and is coming off a 2020 campaign that saw it win a season-high 18 races and capture the manufacturers’ championship for Ford.

Ford and Mustang also lead in the manufacturing standings thus far in the 2021 racing season with 3 wins 288 total points. 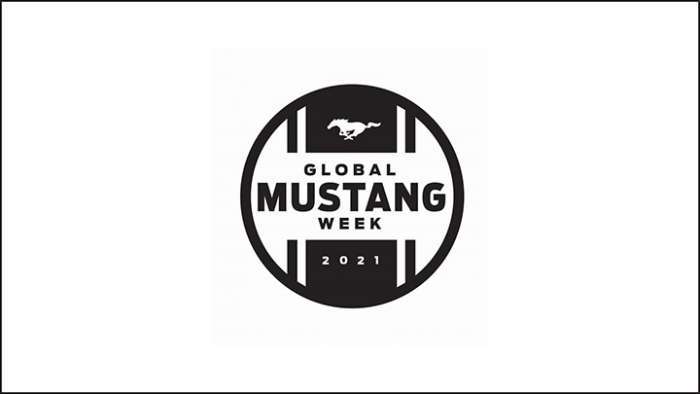 This week is Global Mustang Week. It all culminates with the 57th anniversary of the Ford Mustang on Saturday, April 17. During Sunday’s NASCAR race at Richmond, Ford driver Chase Briscoe will have a special livery on his No. 14 orange Mustang. More on that below.

In honor of Global Mustang Week, Ford Performance teased a video of a new Mustang race car coming for the 2022 season. Watch the teaser video below, and be sure to have your volume up to enjoy the sounds of that engine.

Next-Gen Mustang To Debut in 2022
Ford and NASCAR look to the future next season, welcoming the Next Gen era with an all-new Mustang race car from Ford Performance that will compete in the NASCAR Cup Series starting in February 2022.

Race fans and Mustang enthusiasts will get their first chance to see the NASCAR Next Gen Mustang on May 5 at its public unveiling. Until then, Ford Performance shares this taste of the car’s first laps around historic Martinsville Speedway, accompanied by the thunderous soundtrack of a powerful Roush Yates Ford V8 racing engine.

“We couldn’t be more excited to show off the NASCAR Next Gen Mustang to Mustang enthusiasts and Ford race fans around the world,” said Mark Rushbrook, global director, Ford Performance Motorsports. “This is truly a game-changing redesign for the sport of NASCAR, and we expect everyone is going to love the result of the countless hours of work by those of us at Ford Performance and our partners in NASCAR. Mustang Week is the perfect opportunity to showcase a quick tease of this exciting new race car.”

““I’ve been very fortunate to drive Mustangs my entire career, really. We were in the F-150 there for a couple years in the Truck Series but, for me, when I think of Mustang, I just think about the commitment Ford has made to me, truthfully,” Briscoe said. “The cool thing about being with Ford is it’s all racers. That’s where the whole company started and, to continue to have that racing heritage and obviously with Mustang, it’s special for me to have Global Mustang Week on the car and carry that heritage for so many fans that come along with the Mustang brand. It’ll be cool to carry them all along.” 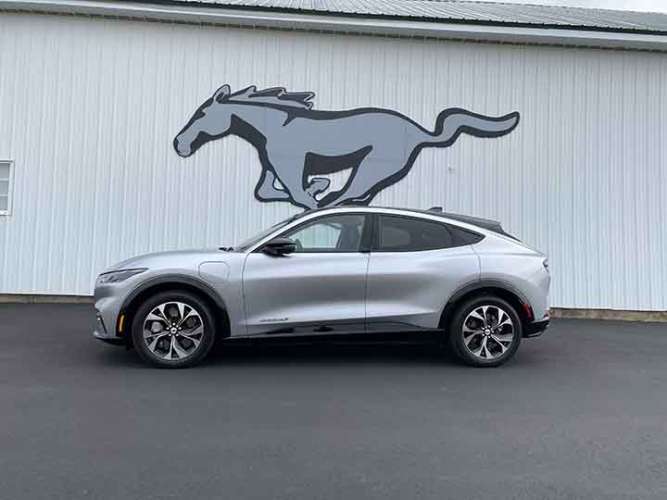 Ford Mustang Mach-E To Be Pace Car At Richmond 400
In what surely will upset some people, the all-electric Mustang Mach-E will be the official pace car for this Sunday’s NASCAR race at Richmond.

According to Ford Performance, “The Mustang family has now grown and gone further with the Mustang Mach-E, which will be the official pace car for Sunday’s race.”

Related story: Canadian EV Expert Explains Why He Thinks The Mach-E Is a Different Breed of EV

Global Mustang Week celebrates the time-honored legacy of the Mustang, as well as the enthusiasm and passion showcased by its closest fans around the world. The NASCAR arena is perfect for showcasing Mustang’s iconic history. How are you celebrating Mustang Week?

Please leave your comments on Global Mustang and how Ford and Ford Performance are honoring it.