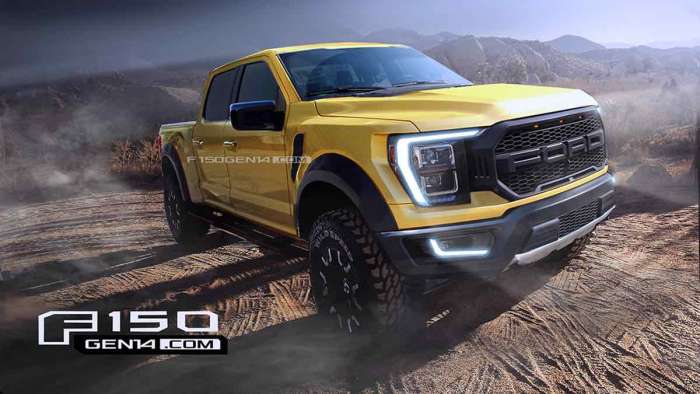 Ford positions its performance, off-road Raptor to battle the Ram Rebel TRX. 2021 Ford F-150 Raptor will also get a new design a new suspension and possibly a new engine.
Advertisement

For a while, the Ford F-150 Raptor has been a truck in a category of its own. And it’s certainly had a cult-like following. And for good reason too, as I professed my love for the 2017 Raptor as my all-time favorite truck.

With 2021 poised to be a great model year for Ford with the next-generation F-150 coming along with two variants of the iconic Ford Bronco, it stands to reason that the Raptor too will get a redesign. Ford has yet to officially confirm if the F-150 Raptor will be part of the initial launch of the 14th-generation F-150, but I would expect it to be.

Truth be told, very little is actually known to be fact yet, when it comes to the Raptor, so what I’m about to write is educated guesses and suppositions. But hey, my job here at Torque News is to keep you up to date on the latest news and rumors.

Will The 2021 Ford F-150 Raptor Get a V8?
This is the million-dollar question. If Ford is smart they will give the Raptor a V8 as I think that will expand the interest and market for the Raptor. There are also several hints that suggest there could be a V8 engine for the 2021 Raptor.

First of all, Ram is now poised to produce a Raptor competitor with the Ram Rebel TRX. My colleague Patrick Rall has written extensively about how this once concept-only truck is becoming a reality. And with FCA, you know there won’t be some V6 powering this thing. No, the manufacturer who makes Hellcat and RPMs scream will undoubtedly put a V8 in their Rebel TRX.

Patrick suspects that the 6.2-liter supercharged Hemi (also known as the Hellcat) will likely power the Rebel TRX. Knowing that, it would be foolish for Ford to try to go at this competitor with the capable, but likely underpowered V6 Ecoboost that powers the current Raptor.

A second hint is that rumors churn that Ford has plans in coming model years to give the Bronco a Raptor trim. Surely, there would have to be a V8 for such a vehicle. When I wrote that the Ecoboost will power the 2021 Bronco there was a lot of negative feedback from readers. It is clear to me that the demand for a V8 is high from those likely buyers, but will Ford listen? 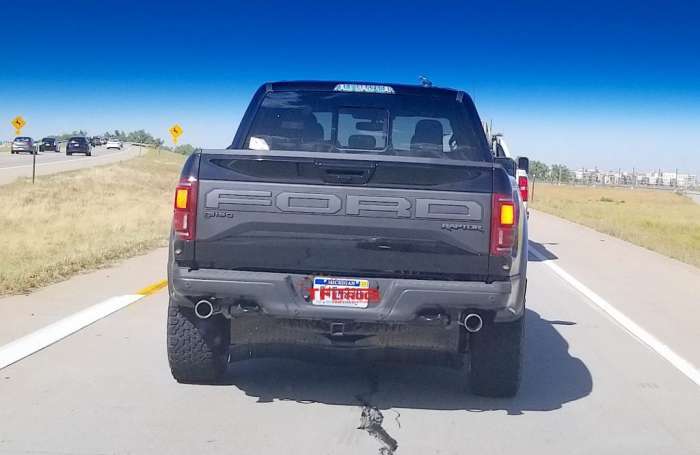 In the spy photo shown above, the person who took that photo said he heard the familiar turbo of the Ecoboost. There’s no question in my mind that the next-gen Raptor will get the Ecoboost, but whether it also gets a V8 option remains to be seen.

It would be utter blasphemy to produce a Raptor Bronco without a V8. But I also would’ve said there’s no way Ford ever builds a crossover with a Mustang logo on it, so what do I know?

Ram already uses a five-link suspension, so it’s possible, but unconfirmed if the entire 2021 F-150 line will get a new suspension, but for sure the Raptor will.

When Will The 2021 Raptor Be Available?
That is also a great question with simply no answer. Ford is working diligently to get the 14th-generation F-150 out on schedule. It’s expected the new-look F-150, which I reported on this week, will be ready later this year, likely in the fourth quarter.

Of course delays from the corona virus could hold that up, but as of now that doesn’t appear to be the case. I’m interested about the hybrid version that will be produced, but for me, the Raptor still is my favorite, so I’ll be monitoring any more news regarding it closely.

Special thanks to the forum site f150gen14.com for the spy shots of the Raptor. I am digging the look and hope what we see in these photos will be what it looks like.

What do you think about the looks? Also, are you like me, and hoping that Ford does drop a V8 engine into the Raptor? Leave me your comments below.

George Washburn wrote on March 28, 2020 - 1:58pm Permalink
Hey Jimmy, From the comments I've seen I'd say Ford would be wise to offer a V8 F150 Raptor. A lot of enthusiasts have indicated they would like the vehicle even more if it had a V8. The Bronco is a different story. I keep seeing people refer to the Bronco as a full-size SUV but it's actually a mid-size - the platform mate of the Ranger. Also, from the pictures I've seen leaked I think Ford may be coming right out of the gate with a Bronco Raptor. The silver 4-door with its hood up, large fenders, and big tires with beadlock rims looks like a Raptor to me. So does the white 2-door (Juggernaut picture) with the same features. The rumors about the Bronco coming with the 2.3L I4 standard and an optional 2.7L V6 (possibly new design) lead me to believe that will be in the Raptor model along with an optional 7 speed manual. Of course, I could be wrong...
Jimmy Dinsmore wrote on April 1, 2020 - 8:33am Permalink
I have not heard about a Bronco Raptor out of the gate at least. I see that maybe down the road. A Raptor Ranger is coming. But I do agree that a V8 Raptor would be advantageous for Ford.
James Dowling wrote on April 12, 2020 - 11:19am Permalink
I’m more interested to know if the 2021 Raptor has the new interior or same. The V6 is growing on me. Would love to have a V8 but the largest thing I don’t like about the current Raptor and F150 is the interior. Any ideas of it would have the new interior?
Jimmy Dinsmore wrote on April 13, 2020 - 10:57am Permalink
Have not seen anything regarding Raptor interior. The thing is, Raptor has always had a more basic, rugged vibe than other luxury interiors. Just my guess but the next Raptor won't focus heavy on luxury interiors either.
tina arona wrote on March 28, 2021 - 3:39am Permalink
I am looking for a 2020 or 2019 ford raptor with low mileage. Can you find me one?