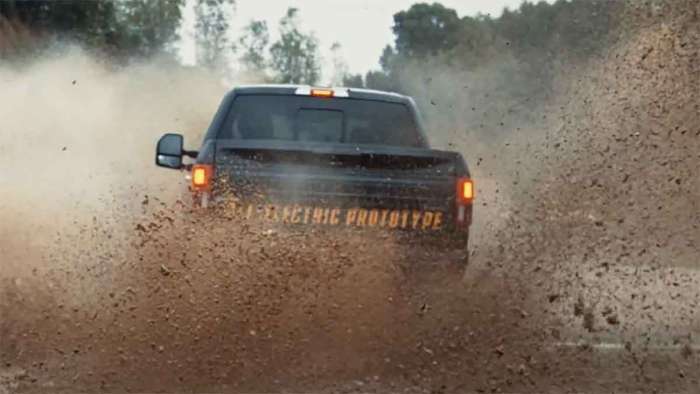 Ford’s E-Future: Investment In Electrification Adds Jobs As They Prepare For Deliveries Of Mustang Mach-E and Production Of All Electric Ford F-150 And E-Transit

150 more jobs added to production team of 2022 All-Electric Ford F-150. Ford invests another $100 million to Kansas City Assembly Plant for production of E-Transit. This is all part of a $3.2 billion investment in Ford’s North American manufacturing facilities to produce a series of new electric vehicles for commercial and retail customers, the first one to arrive being the 2021 Ford Mustang Mach-E.
Advertisement

While Ford is listed on the stock exchange under the letter F, they should perhaps change their listing to E, since their future is definitely E for electric.

This may make many of the old tried and true Blue Oval loyalists groan. Every time I write about electrification, I hear about it. “I won’t ever buy an electric vehicle” “It’s a V8 or nothing for me.” Just look at the comments on this story I wrote about hands-free technology and you'll undestand.

The latest news comes from an announcement that Ford would be investing $100 million in the Kansas City Assembly Plant to build the soon-to-be-announced E-Transit. The commercial-oriented all-electric E-Transit will be unveiled Thursday and arrives in late 2021. The electric van investment in Kansas City is in addition to the $300 million Ford invested for the launch this year of the all-new F-150 at that plant. The plant employs approximately 7,500 workers.

E-Transit is part of Ford’s more than $11.5 billion global investment in electrification through 2022.

“Ford’s strategy is different – we are delivering affordable, capable electric vehicles in the heart of the retail and commercial market rather than six-figure status vehicles,” said Kumar Galhotra, president, Americas and International Markets Group. “With the stunning Mustang Mach-E SUV, an all-electric F-150 and the new E-Transit, our first wave of EVs in North America will introduce a whole new generation to EVs.” 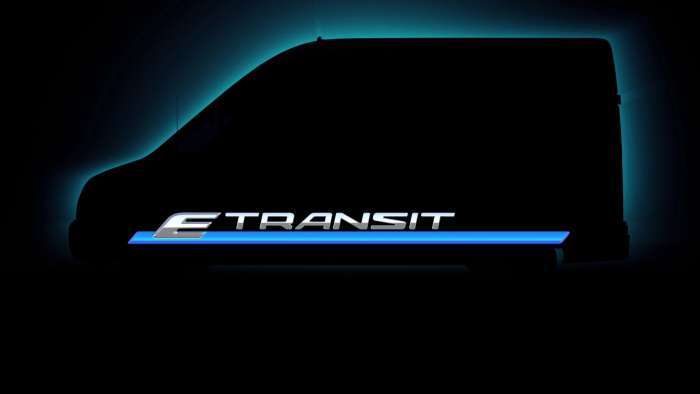 The E-Wave Is Coming To Ford
The new E-Transit will join the all-electric F-150 announced in September and the all-electric Mustang Mach-E, which begins arriving in dealers’ showrooms next month. The new entries support Ford’s plan to electrify its iconic and most popular vehicles, including its commercial vehicles. The all-electric F-150, which will be assembled at the new Rouge Electric Vehicle Center in Dearborn, Mich., arrives in mid-2022. The E-Transit arrives in late 2021.

Ford’s is building out its manufacturing footprint across North America – working with local and national governments – to lead the transition to electric vehicles and meet consumer demand in the coming years. Electric vehicles are a key part of Ford’s commitment meet the requirements of the Paris Accord and achieve carbon neutrality globally by 2050.

“We’re taking our most iconic vehicles and using fully electric technology to deliver even more performance, productivity and capability for customers,” said Kumar Galhotra, president, Americas and International Markets Group. “We are building out the North American manufacturing footprint to support this growth. This is just the first chapter with more new electric vehicles and more investment to come.” 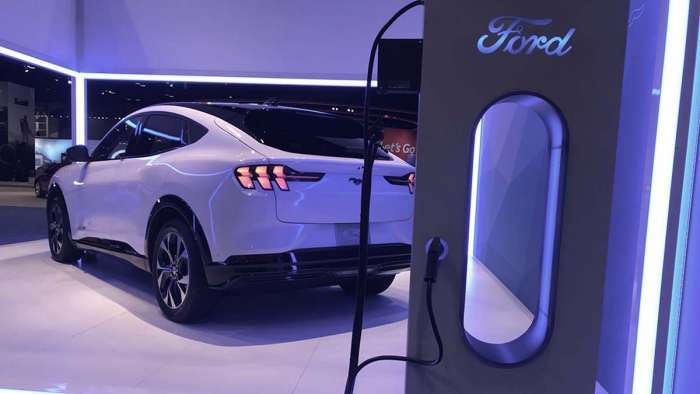 First Up: Mustang Mach-E
A lot is riding on the Mustang Mach-E. Ford would not be the first major auto manufacturer to bet big on an electric vehicle only to have it fall flat. It’s quite possible that could happen again with the all-electric crossover Mustang.

If the Mach-E falls flat, it won’t be a rejection of electrification, it will have more to do with the mismanagement of the iconic Mustang name.

That being said, deliveries of the Mach-E begin soon as some are expected to arrive at dealers within the next couple weeks. As the Mach-E arrives at dealerships, just how will the sales be? I believe taking it for a test drive might win some skeptics over. I got a quick jaunt in one earlier this year, and it impressed me.

Whether you like it or not, and whether (like me) you think it’s a #NotAMustang, the Mach-E is a vital part of Ford’s E-future.

“Our electric vehicle business is a dynamic source of growth,” says John Savona, vice president, North American manufacturing. “We’re setting ourselves up for profitable business now and in the future.”

E-150: 2022 All-Electric Ford F-150
Part of a significant piece of Ford’s electrified future lies squarely on their best-selling nameplate – the Ford F-150. Electrifying a pickup truck isn’t a new concept, but it’s certainly chic since Tesla announced the Cybertruck and General Motors just announced the return of the Hummer, as an all-electric truck.

Ford is going ahead with plans on the all-electric F-150. In fact, as part of the E-Transit announcement, Ford said they will be increasing production on the Electric F-150 which in turn will create more jobs.

“Ford’s strategy is different – we are delivering affordable, capable electric vehicles in the heart of the retail and commercial market rather than six-figure status vehicles,” Galhotra said. “With the stunning Mustang Mach-E SUV, an all-electric F-150 and the new E-Transit, our first wave of EVs in North America will introduce a whole new generation to EVs.”

Ford is also investing approximately $150 million in Van Dyke Transmission Plant in Southeast Michigan to build e-motors and e-transaxles beginning in 2021.This will retain 225 jobs at the plant.

Given the strong early interest in Ford’s all-electric F-150 since the September announcement, Ford is now increasing production plans by 50 percent versus original plans. To deliver more fully electric trucks, Ford will add 200 new jobs in addition to the 300 jobs previously announced for the new electric F-150.

Ford spends more than $5 billion annually on engineering in America, which includes the development of the all-new, fully electric Transit, the F-150, and the all-new Mustang Mach-E.

“We are investing heavily in our vehicle programs as well as building out our manufacturing capabilities,” said Hau Thai-Tang, chief product platform and operations officer. “This will allow us to scale quickly as customer interest in these new products grows.”

I’m not really soliciting the same old comments. I know there’s plenty of folks out there who have no interest in electrified vehicles. Rather, leave me a comment below if you at least think this billion-dollar investment for Ford will pay dividends for them. Remember, the automotive industry is all about profits.

DeanMcManis wrote on November 10, 2020 - 9:53pm Permalink
Ford's commitment to EVs is wise. But it still feels like a very slow transition to me. They are well ahead of FCA (Chrysler), but that's not saying much. GM seems to be ahead of Ford in some ways, but surprisingly they have no EVs to rival the Mach-E, let alone the Tesla Model 3, Model Y, or upcoming Cybertruck. 2021 will be the year that determines how many of these EV product rumors end up becoming real electric cars and trucks that we can buy. Unlike hard core EV evangelists, I am happy to include hybrid and plug-in hybrid models in the fight towards vehicle electrification. And Ford did not drop their hybrid models the way that GM did. So that's in their favor. But by this time next year it will be very interesting to see where the EV market sits, and which automakers have taken the lead.
Jimmy Dinsmore wrote on November 11, 2020 - 2:50pm Permalink
Dean, fantastic feedback. Very insightful. Thank you! Ford is ahead of the Big Three in this regard, for sure!