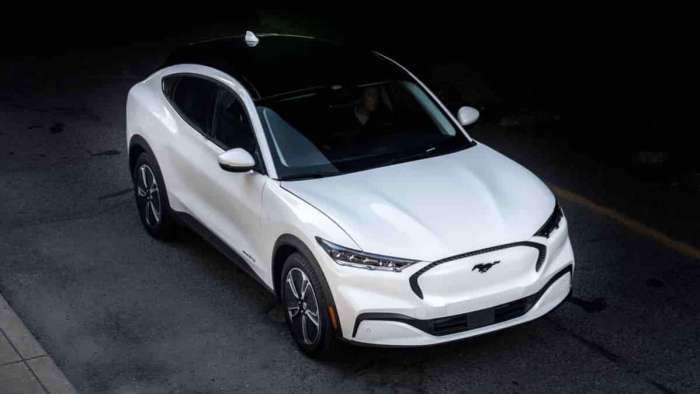 In A Surprise For Mustang Mach-E Buyers, Ford Ups The Power

Now that Ford has opened the order books for Mustang Mach-E's, customers are finding a pleasant surprise, the new 'stang is more powerful than advertised.
Advertisement

If you think back a few months, you probably remember that Ford began working with those buyers who wanted the all-new electric Mustang Mach-E. At the time, the automaker was taking what amounted to reservation holders for the Mach-Es.

Meanwhile, there have been developments that Mach-E owners should be aware of. For example, correspondent Jimmy Dinsmore discusses the Co-Pilot 360 Hands-Free System that Ford is aiming at Tesla.

And, I have followed up on the Mach-E's tool that relieves range anxiety. And, then there's the added there are the added hours that Mach-E owners get from Ford. 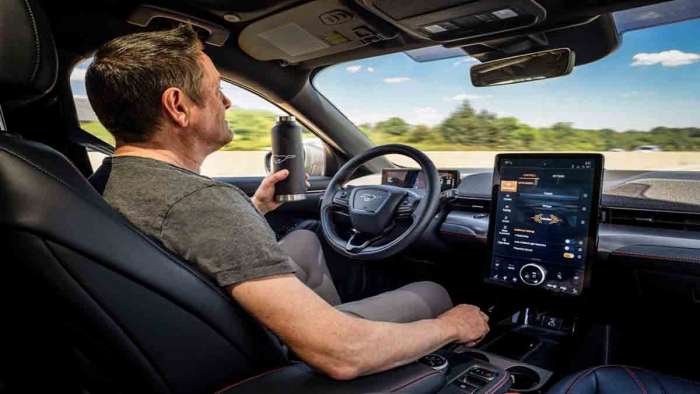 Well, the order books are open, and the automaker wants those people with reservations to convert them into official orders for the latest exciting addition to the Mustang stable.

For those folks who are turning their reservations into orders, Ford has an exciting upgrade for you. The automaker has updated the performance specs, following the recent release of some interesting driver and charging news.

Mustang Mach-E buyers will find that not only are they receiving a cool new ride, but that the ride is more powerful than the buyers had expected. Specifically,

Ron Heiser, Mustang Mach-E, was enthused by his four-wheeled charge and his engineering staff. "We remain dedicated to delivering on the promise of the Mustang name. These better-than-estimated performance figures show that our team is squeezing every last bit of performance out of this vehicle so that it not only delivers Mustang style but Mustang soul as well."

Keith Simmons, who was attracted by the Mustang Mach-E's style and performance, put in his pre-order when Ford first announced availability. The Detroit businessman already has two Porsches in his garage. However, Simmons liked by the sleek, upscale styling and its health punch of power.

There was something about an all-electric Mustang Mach-E GT in Shadow Black that appealed to him. "I've been thinking about going electric for a while," said Simmons. "I like being first on the block to get something new. Mach-E has convinced me to make the jump to all-electric; I saw an announcement that it was coming out and particularly liked the styling, so I made a deposit to purchase one and can't wait to get my hands on it."

Indeed, Mach-E buyers have many reasons to be excited about the new electric. The engineering team used 3D simulations – the same tool Ford Performance uses to develop race cars – to ensure Mach-E has the same ride quality and driving dynamics buyers expect of a Mustang.

On top of the virtual work, the engineering team put the Mustang Mach-E's all-wheel-drive system to the test in extremely cold and hazardous conditions at the Smithers Winter Test Center in northern Michigan.

Jimmy Dinsmore wrote on July 2, 2020 - 8:16am Permalink
I didn't see anything from Ford about HP/torque for the GT version. That's what I want to see.
DeanMcManis wrote on July 2, 2020 - 4:17pm Permalink
The Mach-E GT is still likely a year away from production (but I want to know about that too), and I think that Ford will want to get as many of these bread and butter Mach-Es out as possible. More than getting a bump in power is the importance in keeping the Ford dealers from gouging up the Mach-E prices. With Mach-E production being restricted initially, I worry that Dealers will take advantage of the Mach-E's appeal and add dealer markups that kill the vehicle's relative value. In addition to the Tesla Model Y, the Toyota RAV4 Prime and coming Nissan Ariya promise to give the Mach-E some real competition this year.
Marc Stern wrote on July 2, 2020 - 5:17pm Permalink
Indeed, dealers could take advantage of an initial short-fall of vehicles as some customers await the GT. It is a legitimate concern, though, it has gone one for years. With that said, though, if you look at the top-of-the-line AWD model and its 417 lb-ft you are probably looking at a good representation of the GT.

Tesla-Funded Research Reveals One of The Biggest Mysteries of EV Battery
Tesla Tesla Buyer Nets a Whopping $12,000 Discount After Asking for Reduction
END_OF_DOCUMENT_TOKEN_TO_BE_REPLACED