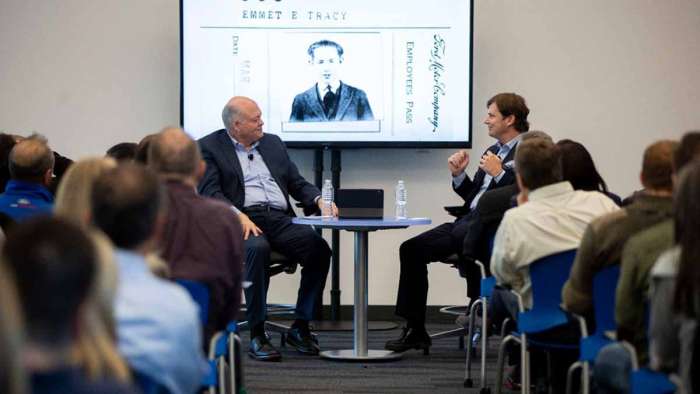 Ford Names Jim Farley New CEO, What This Means For the Ford F-150 and Ford Bronco

Change is never easy, but change is coming to the Ford Motor Company. In news that came suddenly, but not wholly unexpectedly, current CEO Jim Hackett announced his retirement, effective October 1. Ford quickly announced Hackett’s replacement to be Jim Farley, who is currently servicing as the company’s chief operating officer. Farley will take the reins October 1. It's been quite a whirlwind of news and information from the Blue Oval of late.

Hackett, 65, and Farley, 58, will work together on a smooth leadership transition over the next two months, according to Ford.

“I am very grateful to Jim Hackett for all he has done to modernize Ford and prepare us to compete and win in the future,” said Bill Ford, Ford’s executive chairman. “Our new product vision – led by the Mustang Mach-E, new F-150 and Bronco family – is taking shape. We now have compelling plans for electric and autonomous vehicles, as well as full vehicle connectivity. And we are becoming much more nimble, which was apparent when we quickly mobilized to make life-saving equipment at the outset of the pandemic.”

Farley and Hackett worked closely together executing Hackett’s restructuring vision which includes the company moving away from cars and moving to an almost exclusive truck and SUV platform. After this year, only the Ford Mustang will remain as the only car in the Ford stable. 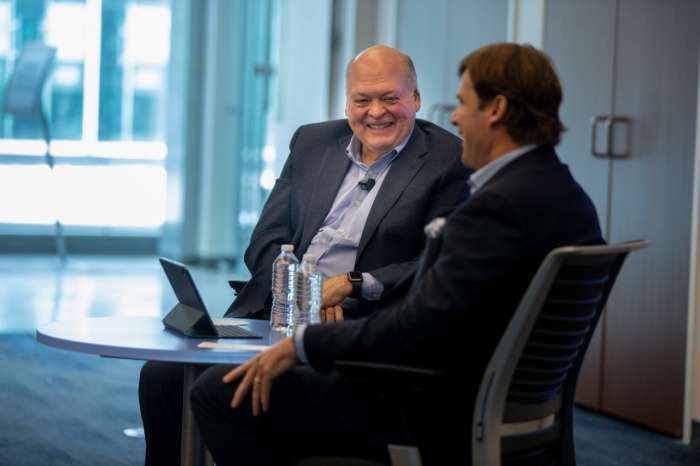 Who Is Jim Farley?
Jim Farley matches an innate feel for cars and customers with great instincts for the future and the new technologies that are changing our industry,” Bill Ford said. “Jim’s passion for great vehicles and his intense drive for results are well known, and I have also seen him develop into a transformational leader with the determination and foresight to help Ford thrive into the future.”

Farley joined Ford in 2007 as global head of Marketing and Sales and went on to lead Lincoln, Ford South America, Ford of Europe and all Ford global markets in successive roles. In April 2019, Farley was chosen to lead Ford’s New Businesses, Technology & Strategy team, helping the company determine how to capitalize on powerful forces reshaping the industry – such as software platforms, connectivity, AI, automation and new forms of propulsion. He was named chief operating officer in February of this year.

Hackett, who will continue as a special advisor to Ford through March of 2021, said the time is right to pass the mantle of leadership to Jim Farley.

“My goal when I took on the CEO role was to prepare Ford to win in the future,” Hackett said. “The hardest thing for a proud, long-lived company to do is change to meet the challenges of the world it’s entering rather than the world it has known. I’m very proud of how far we have come in creating a modern Ford and I am very optimistic about the future.
“I have worked side-by-side with Jim Farley for the past three years and have the greatest confidence in him as a person and a leader,” Hackett said. “He has been instrumental in crafting our new product portfolio and redesigning our businesses around the world. He is also a change agent with a deep understanding of how to lead Ford in this new era defined by smart vehicles in a smart world.”

Said Farley: “I love Ford and I am honored by the opportunity to serve and create value for Ford’s employees, customers, dealers, communities and all of our stakeholders. Jim Hackett has laid the foundation for a really vibrant future and we have made tremendous progress in the past three years. I am so excited to work together with the whole Ford team to realize the full potential of this great company in a new era.”

What Does Jim Farley’s Leadership Mean For the Ford F-150 and Ford Bronco
Farley, alongside Hackett, helped launch the 14th-generation F-150 just this year. It included, for the first time ever, a hybrid version of the number-one-selling vehicle in America. Electrifying vehicles was a goal of the Hackett/Farley duo and surely Farley will continue that.

There’s an all-electric version of the Ford F-150 coming in 2022. I’ve written about that a lot, and many in the truck world will wait anxiously to see more about this truck.

We saw some of Farley’s influence in the 2021 Ford F-150 with such human-centered design elements such as the fold-flat seat and the folding work surface area and additionally, in the Bronco the removable doors where the side view mirrors stay on the vehicle is another human-centered element. 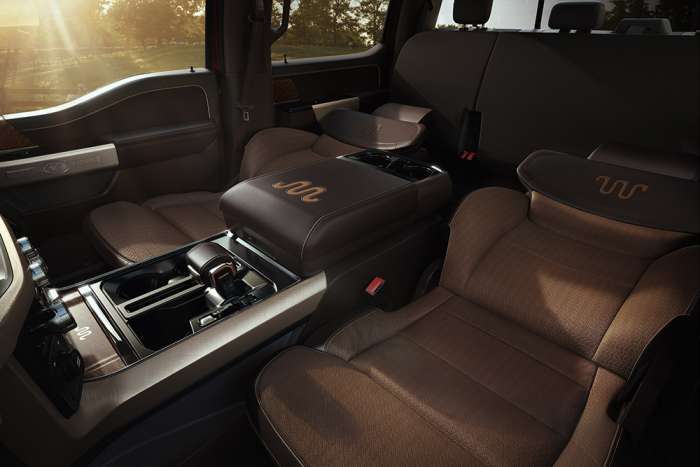 We can expect more connectivity as well for future Ford vehicles. Hackett said as much in his speech he gave to the media when his new position was announced. In the 2021 F-150 there is Active Drive Assist and hands-free driving. Hackett referenced AVs several times during his speech and AV is short for autonomous vehicles and surely, his vision will steer Ford and it’s top-selling products like the F-150, and Bronco toward that technology. We see it in the Active Drive Assist where, according to Levine, “A driver-facing camera is used to make sure the driver is paying attention to the road while their hands can remain completely off the steering wheel when ADA is engaged.”

So what does a Farley future look like? Honestly, it will look similar to 2020, only hopefully without the pandemic (hopefully). More vehicles and features that the consumer want, and less cars. Remember it was Farley who led the way for the all-electric Mustang Mach-E.

In the 2021 F-150 the addition of the hybrid and the upcoming all-electric version shows Farley’s long-term goal is one of fuel-efficiency while also offering power, performance and amenities. 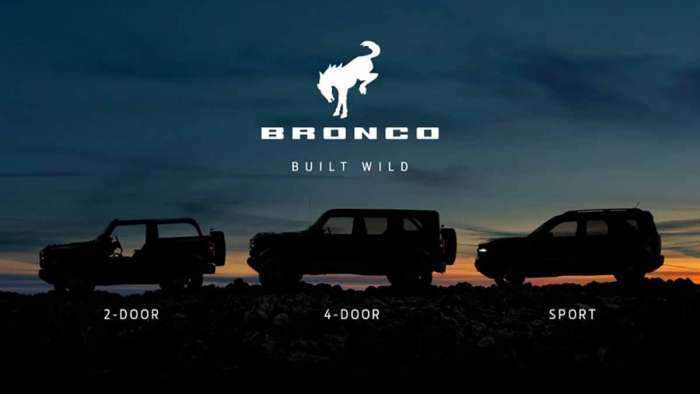 So what say you loyal Ford enthusiasts? Was Farley’s hiring a good one in your eyes or should they have tried to get an outsider, like they did when they reached for Alan Mullaly who managed to lead Ford through a very turbulent time. Will Farley follow that same path as Mullaly? If he can, then Ford has made the right choice. What do you think? Leave me a comment with your thoughts.

Tesla-Funded Research Reveals One of The Biggest Mysteries of EV Battery
Tesla Tesla Buyer Nets a Whopping $12,000 Discount After Asking for Reduction
END_OF_DOCUMENT_TOKEN_TO_BE_REPLACED