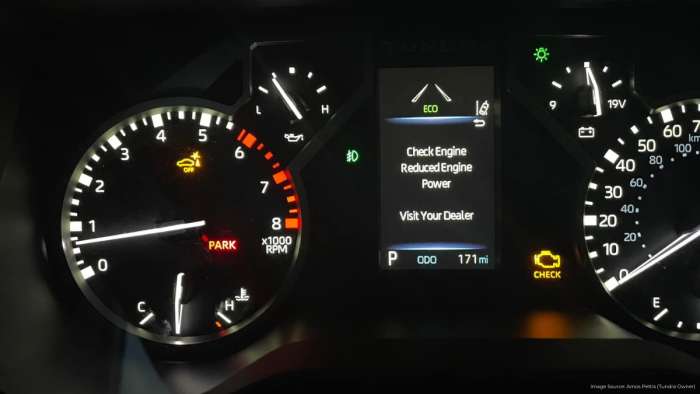 All New Toyota Tundra: Not Up To Standard

The all new Toyota Tundra was really hyped up just before the release, and for good reason. The new Tundra though is not living up to the legendary name and it is upsetting enthusiasts.
Advertisement

The Toyota Tundra has legendary background history. I own a first-generation Toyota Tundra (2006), and I can say without a doubt I will be buried in that truck (or my Prius, I have not decided yet).

The second and third-generation Tundra have left their mark as well. The 5.7 and 4.6 engines have proven their worth many times over. Toyota has always taken the time to bring solid quality to the market, and we would think the all-new 2022 Tundra would be no exception, right? I wish I was.

The 2022 Toyota Tundra may be all-new, equipped with a 3.4L (V34A-FTS) V6 Twin Turbo is not up to the standards of Toyota, and for customers who have paid dearly, this is a crisis.

What Is The Issue?
Toyota Tundra is experiencing turbo issues early on, with some owners reporting as little as 160 miles of use. Ouch. The sad part is that with all the problems in the supply chain, customers have no other option than to "wait it out" and be left without their new pickups.

Why This Is A Colossal Failure On Toyota
In 1989 for the 1990 model year, Toyota released an engine known to the world as a 1UZ-FE. It is a 4.0L V8 that has been in many Lexus vehicles over the years.

It is highly regarded as one of Toyota's best engines ever to come out. The 1,000,000 miles of testing and refinement that Toyota engineers did before releasing the vehicle to the public was a total win.

From that engine came the legendary 2UZ-FE, which was the standard V8 issue on the first generation Tundra and Sequoia. These engines have grounded Toyota as reliable and dependable. That is when Toyota cared about building the best quality vehicles possible.

It is clear that the current new power plant for Toyota has not gone through the rigorous testing as its predecessors, and that is nothing short of sad.

It Is Not Only Toyotas Fault
While Toyota is responsible for the failure and the engineering, I cannot fault them entirely. Call me a fanboy or whatever you like, but the pressure put on Toyota to compete is pretty high. They are just showing their weakness under pressure. 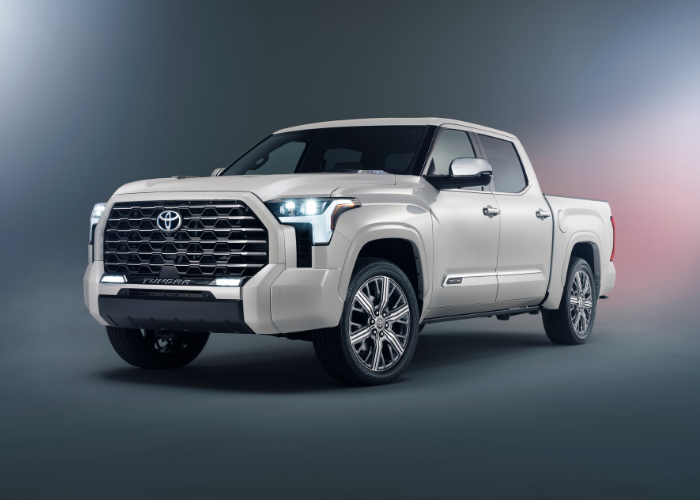 The EPA is also on the heels of every V8 engine to keep it clean and efficient, and in these hostile times, you have to constantly be changing to keep up with the times. So rushing into new technology and "figuring it out" in the field has become commonplace.

Still, I find great fault on Toyota and all manufacturers for rushing into new technology. It severely hurts the reputation of the manufacturer and blemishes the brand.

Conclusion
Something else to consider. Vehicles are made in exact replicas one after another. That means if one vehicle has an issue, the whole batch will likely end up with the same problem. While we do not know how many Tundra pickups will have the problem, I can tell already it will be plenty.

I (and others) can only hope that Toyota will learn from this and Kaizen their way back into the quality standards we all have grown to love about the brand. I primarily drive Toyota vehicles, and for a good reason, they are typically incredibly well built.

I also hope that dealers bend over backward to take care of their precious clients who have waited patiently and probably spent more than MSRP for the pickup.

I plea that Toyota gets it together and makes every vehicle that rolls off any of your assembly lines a complete masterpiece like they have done before.

I am also waiting for you to come out with my first electric car that gets more than 250 miles of range. It is possible; you just need to see that you can do it.

That is all for today. Remember, Today's adventure is tomorrow's story. Have a good one.

John M. - Frisco TX wrote on January 27, 2022 - 10:53am Permalink
Peter, Where are you getting this information on turbo issues? Lexus has been using this 3.5L twin turbo in the LS-500 for 4 solid model years and I've not heard anything bad about the turbo reliability. Thanks!
Bob wrote on January 28, 2022 - 3:45am Permalink
Just look at the toyota forums or YouTube. A lot of guys are waiting a month or longer for the fix. And this is happening almost immediately after driving off the lot.
Another John wrote on January 28, 2022 - 12:25pm Permalink
And, the V35A-FTS is not a 3.4 liter, it is a 3.5 liter.
Peter Neilson wrote on January 28, 2022 - 5:33pm Permalink
Thank you for the correction.
Edwin wrote on February 3, 2022 - 11:33am Permalink
The engine displacement for the V35-FTS is 3444 cm. That makes it a 3.4 liter engine and not the 3.5 liter that Toyota claims it to be.
Peter Neilson wrote on January 28, 2022 - 5:37pm Permalink
Hi John, If you happen to work for Toyota Corporate you should pass the information along to them that there are plenty of new Tundra owners that are pretty upset about the failure. We both know Lexus also holds a different standard than Toyota. Lexus seems to have kept with the times and provides their owners with a higher quality vehicle. Toyota built their name on quality, so why is that not reflected in the Tundra? If you do not work at corporate, I apologize for assuming that.
Suzanne Benningfield wrote on January 29, 2022 - 4:03pm Permalink
I bought the 2022 Toyota Tundra Limited, have driven 500 miles and my truck is perfect. I paid $5,000 over msrp. I love my truck!
F wrote on January 30, 2022 - 11:52am Permalink
Literally, had a training earlier this week, and Toyota corporate folk were aware of a couple of trucks with that issue, and those had the piss beat out of them. Engineering team was very specific that the turbo issue is an overhyped outlier. People are not lining up anywhere.. is like cdc did the research on this
Eliseo mEDINA wrote on February 22, 2022 - 2:16pm Permalink
1980mile Toyota Limited. Zero issues. I got to admit I pushed mine hard and so far so good. I think once we hit 60-80k miles some of these folks that know Toyota is always reliable and took the opportunity to bash it in hopes to get publicity will need to apologize...
Brandon Vance wrote on April 5, 2022 - 12:12pm Permalink
I traded my 2020 Tacoma TRD Sport which I had customized in on a 2022 Toyota Tundra. I drove it for approximately 1800 miles and babied it. I kept it in Eco drive mode, and haven't towed anything yet. I just experienced the check engine light with reduced engine performance and my local dealership just confirmed it has the turbo issue. The service rep confirmed they will need to pull the motor in order to replace the turbo and manifold. I must admit this is extremely disheartening because I really do love this truck. The thought of my brand new truck that I have wanted since I first heard about it having open heart surgery makes me want to puke. So depressed about this situation. The service rep says they have a master mechanic on staff that can handle this complex of a repair, but how many new Tundras has he pulled a motor on? I just picture some guy installing my motor and having extra nuts and bolts leftover. UGH!!!