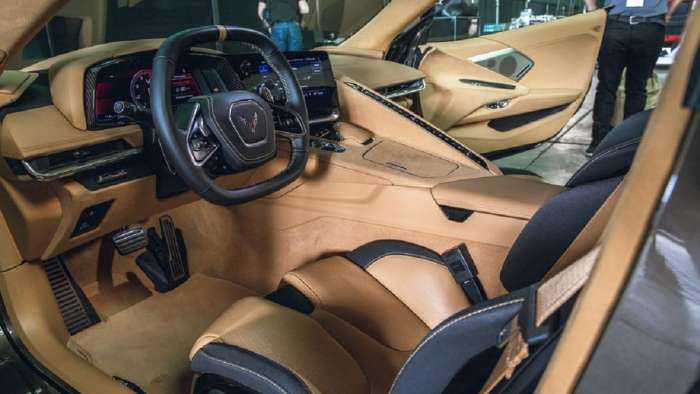 The C8 Corvette is all new for the year 2020 and in the past GM has shared many parts between Corvette generations but not this time.
Advertisement

The History Of Part Sharing With The Corvette Lineup

The 7th generation of Corvette was the first time that GM took almost nothing from the previous generation and attempted to build a car with a much improved interior. They succeeded at this by, for the first time, building it from scratch. Even though they started from scratch they still ended up using a few parts here and there from the 6th generation Corvette but it was a huge improvement over the way GM had done it in the past.

With the 8th generation of Corvette we have now gotten confirmation from GM that they only used one single part from the 7th generation Corvette. Everything is brand new built from scratch except for the door latch. The part that no one ever sees nor would ever care about is the only thing to be shared between generations for this all new C8 Corvette.

Why Does This Matter?

In reality it doesn't, at least not in my opinion, but people do like to see a new generation being all new rather than partially new. In order to improve you need to redesign and rethink the parts used so it makes sense to build it from the ground up versus reusing old pieces. However, when starting from scratch and building it from the ground up, you now introduce possible problems with "redesigning the wheel" so to speak.

Basically, to really improve the car they needed to build it from scratch and it sounds like that's exactly what GM did. They borrowed one single piece from the Corvettes of the past and allowed this new 2020 C8 Corvette to, in fact, be all new.

See you in my next story where I am discussing the very 1st accessory available for the new 2020 C8 Chevy Corvette and how it may surprise you.