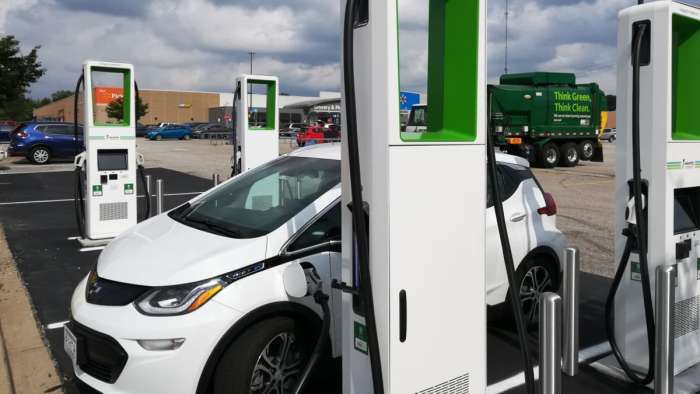 The 2020 Chevrolet Bolt EV comes with increased range and improved hardware. Here’s why that might not be enough to convince prospective buyers.
Advertisement

Late last month, GM announced the news that should be music to the ears of Chevy Bolt fans: the 2020 model arrives with improved battery chemistry that squeezes another 21 miles of range out of the pack, without any physical changes or price increases.

In competitive terms, that will put the humble Bolt EV ahead of everyone except Tesla in the league table of EPA estimated range. Granted, it’s only one mile more than the Hyundai Kona Electric, but it’s enough to jump back to the front of the non-Tesla pack.

Unfortunately, even this clear statement of intent from GM might not be enough to keep current lessees in the car or attract new buyers who like to drive long distances. This article offers a 2017 Bolt EV driver’s take on why that could be the case.

Keeping Up with the Kias (and Hyundais)
Let’s first focus on the positives of the upgraded 2020 Chevy Bolt EV.

On a strategic level, it demonstrates that GM isn’t content to simply let its first long-range all-electric car flicker out as a footnote in the history of electric vehicles. The small yet significant leap to 259 miles of range, when the aforementioned Kona Electric sits at 258 miles, feels like a not-so-subtle swipe at those of us claiming that aspects of the Bolt EV now feel outdated.

The fact that GM is sitting on several years of real-world data from both the Bolt EV and Chevy Volt gives the company something of a head start on its non-Tesla rivals, one which it appears unwilling to squander as Nissan has with the Leaf.

With the rumor mill in full swing about the Bolt EUV appearing in 2021 and GM in the middle of a controversial yet necessary organizational adjustment to prepare for mass-market electric vehicles, the 2020 Bolt EV improvements feel like just the tip of the iceberg. 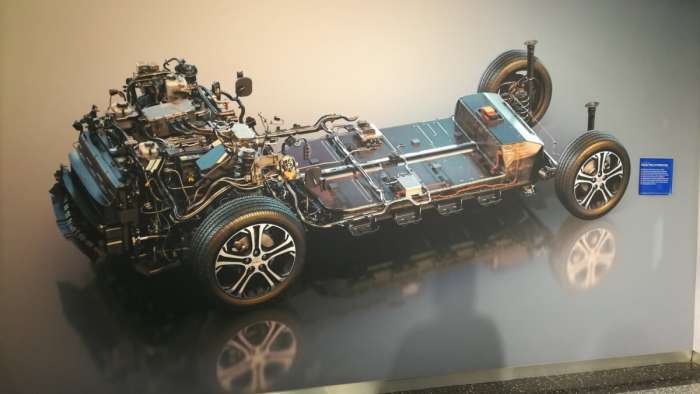 On a pragmatic level, however, the increase in range doesn’t do much for early lessees who will be eyeing up the competition later this year and into 2020. For local driving, the addition of 21 miles to a long-range EV means very little, because most owners charge to 90% or full overnight at home or during the day at work. Those extra miles are nice, rather than necessary.

For those of us who choose to take road trips in our Bolt EV, the increase translates to perhaps 10-15 miles additional range at prolonged highway speeds (remember, the overall EPA rating is a combination of city and highway driving, so all-highway trips yield a lower number than the estimate).

If GM is truly “constantly listening to customer feedback” and delivered greater range as a result of this, as its press release for the 2020 Chevy Bolt EV claims, then the engineers will also need to address another limitation we’ve identified before: fast charge speed.

How Fast Does the 2020 Chevy Bolt EV Charge?
At the time of writing, the answer is that we just don’t know. The press materials from GM simply state the same “90 miles in 30 minutes” that the automaker has claimed since the first Bolt EV rolled off the production line.

That could mean nothing has changed, or it could be awaiting an update based on real-world tests of the updated battery pack in the 2020 Bolt EV. That metric also fails to address the potential to move taper points, which limit how fast the car charges in the upper half of its battery.

It’s entirely possible that GM has remained conservative on this front and kept the Bolt’s existing 55kW maximum charge rate, with early taper points at 55% (down to around 38kW) and 67% state of charge (down to around 24kW) in place. If GM were to refine those existing points to one gradual taper after 80% state of charge, it would effectively reduce charge times even without changing the 55kW maximum or the 90 miles in 30 minutes statement. 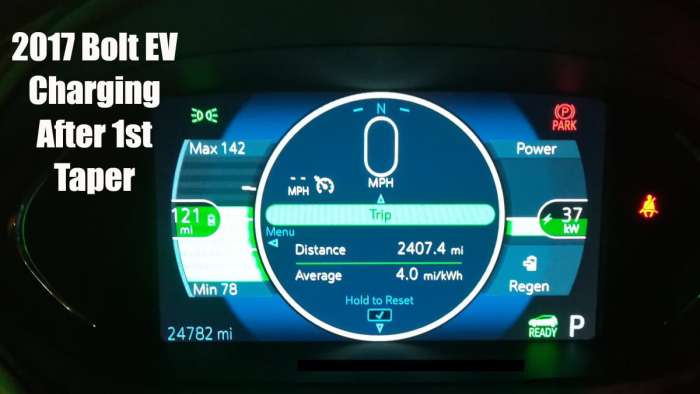 Set against the 75kW maximum of Hyundai and Kia’s electric models this seems restrictive. Compared to the potential for 2020 offerings from Volkswagen, which are expected to be well above the 100kW mark, and Tesla rolling out V3 Superchargers that will push the Model 3 to 250kW, the Bolt EV’s current charging profile simply won’t suffice.
On the other hand, the data from three previous model years could have shown GM’s engineers that the car can take much more than the limited charge speeds currently placed upon it.

The potential upside to keeping the charging profile as it is could come in the form of improved battery longevity. Battery packs on high mileage 2017 Bolt EVs seem to be showing very limited degradation, with no major loss of range or diminished performance. This could indicate that GM knows how to keep Bolt batteries in good shape and doesn’t want to risk the kind of issues that have plagued the Nissan Leaf at various points in its history. Nonetheless, there is a balance to be struck between caution and convenience for long-distance EV drivers.

Taking the same competing models that we mentioned earlier, a charge rate of up to 80kW would put the 2020 Chevy Bolt EV ahead of the pack in the category of charge speed as well, albeit for a short time. New models due in 2020 are set to push charging speeds well above 100kW, meaning that any potential advantage the 2020 Chevy Bolt EV lays claim to wouldn’t last long.

A minor sidebar to this discussion is that a charge rate of 75kW or higher would place the Bolt EV in a higher price tier for Electrify America’s charge stations, which are based on power level as well as time. We’ve looked at how that charging issue negatively impacts Hyundai and Kia EV owners already and wouldn’t want to add the 2020 Chevy Bolt EV to that list. Even so, some owners would argue they’d rather save time with a higher charge rate, even if they have to pay a premium to do so.

What Will Future Models Hold?
One final word of caution comes in the form of rumors that the 2021 Chevy Bolt EV will receive an even more substantial upgrade, particularly to the vehicle’s interior.

According to GM Authority, the 2021 model year is in line for a mid-cycle refresh. This will improve key areas such as the seats and, potentially, add frequently requested driver assistance functions like adaptive cruise control.

The seat upgrades, in particular, will be welcome news for anyone who has enjoyed the Bolt EV’s peppy performance and exceptional application of one-pedal driving, only to be put off their purchase for the sake of a thinly-padded driver’s seat.

While these are admittedly minor gripes for many drivers, they are the complaints that occur most frequently and directly impact the purchase decision for a sizeable number of buyers.

If GM is indeed listening to its electric car customers as closely as it claims to be, fast charge rate and interior comfort must also be high on the to-do list following this welcome increase in range.

Whether or not the former makes it into the 2020 Chevy Bolt EV remains to be seen, but the possibility of both of these upgrades arriving with the 2021 Bolt EV could cause prospective buyers and anyone with a lease expiring next year to hold off that little bit longer.

Tesla-Funded Research Reveals One of The Biggest Mysteries of EV Battery
Tesla Tesla Buyer Nets a Whopping $12,000 Discount After Asking for Reduction
END_OF_DOCUMENT_TOKEN_TO_BE_REPLACED