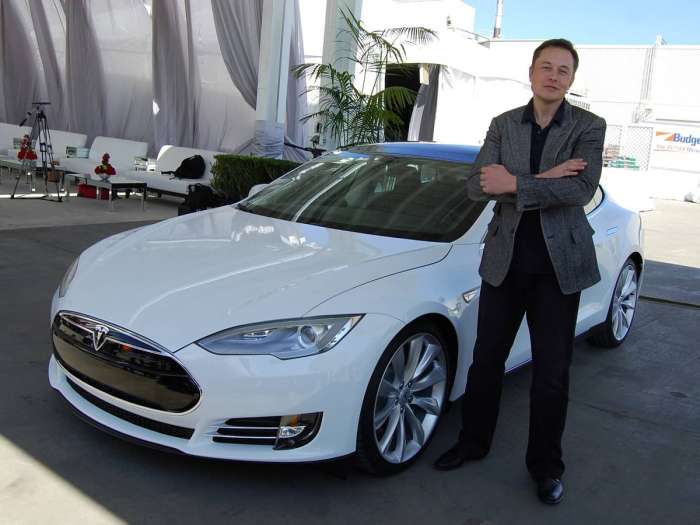 Is the End of the Musk Era at Tesla Looming? As Debt Crisis Mounts, Drugs and Tears Admissions Make Tesla Stock Dive

It ain’t easy being a multi billionaire running a Fortune 500 company with a $1 billion USD debt payment looming in March. But the market sent a message today: wipe your tears rich boy and do your job: people’s lives and working class jobs are on the line.
Advertisement

This is part of our continuing coverage of Privatization Tweet-gate of the Tesla Corporation and its CEO Elon Musk, as Tesla faces two debt payments over $1 billion USD and begins talks for a leveraged equity buyout to take the company private. To get a comprehensive beginning to end coverage of this story click here. This is the first update to that story. Musk has been acting strange lately and making inappropriate comments and tweeting sporadically to wonder if he’s now abusing drugs.

Perhaps that time is coming soon or now, to find someone who possibly can, as a source says the board of directors at Tesla are looking without Mr. Musk’s knowledge, for a #2 Chief Operating Officer to take control of day to day operations to ease Mr. Musk’s workload. If Musk is not careful, what the board could be doing is staging up what may possibly be his replacement. But the damage is already done, and the tweet fallout further ensues, as Tesla stock closed as of this writing at its lowest in two years. On the NASDAQ listing Tesla is now down a staggering nearly 9% losing nearly 30 points now trading at $305.50.

This time it was the one hour New York Times interview that did the damage. Supposedly to garner sympathy about an overworked single father of sons who runs a large company in a serious debt position whose jobs and perhaps the economy hangs in the balance, sympathy was something the market gave little to Musk to cry over. In fact the message from the markets was crystal clear as perhaps the recreational drugs some board members are saying he maybe using: wipe your snot nose tears rich boy, sober up, and get back to doing your job. You got us into this, you get us out. Or get someone who can and will.

The market made it clear with a quarter billion dollar debt payment due this November, and a one billion dollar debt payment due in March, with a backdrop of a serious private equity leveraged takeover position possibly banked by the Saudis worth at least $24 billion USD, marketeers were certainly not in the mood to hear a song and a cry. They want action, they want SEC decisiveness as to what is going on at Tesla, they want to know if the Saudis will help, and they want decisive leadership at the helm of America’s only all electric car company, and they want it now.

At least the SEC seems to be listening, and they’re taking matters very seriously as they ratchet up their “inquiry” from their San Francisco office. According to the Times, the SEC is moving swiftly. They already subpoenaed all the board members and Mr. Musk with necessary paperwork, with interviews in place by next week.

As Elon goes down this road toward an incredible self implosion that perhaps there’s still time to save him, and his company, as the margin for forgiveness when it comes to Elon is much much wider than it is for any one of us, and the board’s statement below that obviously excludes him, says it all. He still gives all of us something to believe in him, and perhaps he needs to stop, take a breath, look around him, be thankful for what he has, what the people of his company have given him, and lead his company with the decisiveness they know he’s capable of, through the darkness back into the light. But that requires sobriety, rest, faith in yourself, and faith in the people who work for you, that perhaps all or some of those things have been lacking or haven’t had clear vision lately:

“There have been many false and irresponsible rumors in the press about the discussions of the Tesla board,” the statement said. “We would like to make clear that Elon’s commitment and dedication to Tesla is obvious. Over the past 15 years, Elon’s leadership of the Tesla team has caused Tesla to grow from a small start-up to having hundreds of thousands of cars on the road that customers love, employing tens of thousands of people around the world, and creating significant shareholder value in the process.”

The clock is still ticking and time, and options, are running out. One quarter billion dollars, that’s $230 million USD due at the end of November this year. Will that be cash, check, stock, or more credit card? Company’s account, or yours, Mr. Musk?

Stay tuned for further coverage of the unfolding drama from the Tesla Corporation, from tent to tweet to Ambien and more, here, on Torque News.

Please let us know how you feel about Elon and Tesla below!