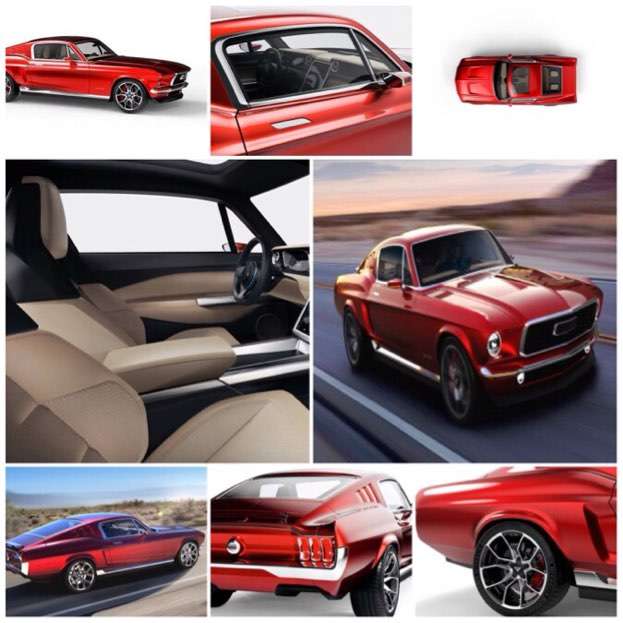 Aviar R67: Even the Russians Want to Make an ALL Electric Mustang that Ford Doesn’t Want to Make or Still Can’t!

OPINION AND ANALYSIS: Nobody is taking these Russians seriously about the specs and their one year warranty to their recently proposed Russian Mustang BEV, but I tell you one thing: at least they got a spec sheet. They got renders. They got ideas. They even got a warranty for a car they haven’t built yet. They’re eager for publicity and/or to build. I say, where’s the people who invented the damn car to begin with? Do they even know what electricity is beyond a cigarette plug in the dash?
Advertisement

“The role we’re in now requires us to stick our necks out. We’ve got to place big bets. We’ve got to have a point of view about the future.” —Bill Ford, Executive Chair and Senior Ford Family Member, Ford Motor Company

I have so much respect for Bill Ford starting with his philanthropy and his music, so I’ll parse up: ah Bill, I know your company’s “view about the future” is “cancellation” that you all put us through this year, so I’ll move on from there. I won’t hold you to the “placing bets” part, let’s start at the beginning with the “neck sticking” you were talking about to the Wall Street Journal. Do I even need to go on to the next sentence? Two words Bill: Electricity and Mustang. And when I mean electricity, not the red glow inside the cigarette plug when you keep holding it into a Mustang ash tray, and please, even GM is slaughtering their PHEVs that you people still want to put that into your money machine pickup truck! Oh, and Bill, how’s that electric soccer mom Mustang CUV coming along? For groceries, is it going to be a vertical liftback or a fastback to pretend it’s a ‘68? Or was that a ‘78? Nothing like the Mustang II I hope! Oh no Bill, that reminds me, please don’t call it whatever it was you were thinking and especially not Mustang III ! After what all you people put us through this year, if soccer mom Mustang fails, I don’t think they’ll be a Fox-like successor this time to be even considered, a Mustang 4!

Okay, I got that out of the way.You can tell I’m still pissed off about the Continental cancellation news, Is it still at the dock waiting to go to China?

Here’s some specs on the Russian Mustang while sit around waiting for Ford’s:

You give people reason to trust them until they give you reasons not to. History and diplomacy on both sides serve as examples on each side I’m sure, but more to trust us and less to trust the Russians, but I’m always looking for friends with an open hand and heart, and I love underdogs in these industrial ventures. Those are the real heroes of industry, usually sweated by hard working class people. But frankly as a customer I probably wouldn’t buy this car. This is a good home market, in fact home city car.

So the last few days I’ve been reading about what my counterparts from other publications have to say about this proposed Russian Aviar Motors R67 840 HP BEV Mustang. What annoyed me a little from my colleagues is that they’re calling it “An Electric Mustang Wannabe.” I didn’t hear anyone calling the UK’s Charge Automotive’s build, a “wannabe?” How can anything be a “wannabe” when a tried and proven authentic original doesn’t even exist? Can some of our Torque News readers address this please?

Because if an original doesn’t even exist, neither can a wannabe. Actually that can be insulting because it can be interpreted as saying the wannabe is nothing, which it technically is at the moment. But they got paper, specs, warranties, and renders. They’re ready to go. I don’t know if Aviar has any test mules of this thing. But has anyone seen even a test mule or something even resembling one about BEV Mustang from Ford?

What do you think of the Aviar RS67? And how about the nonexistent Ford Mustang BEV? Let us know below.

J67Fbak wrote on January 19, 2019 - 4:29pm Permalink
Hard to tell from the pics because they're kind of 'squished'.. But I'm surprised how much it reminds me of the current Mustang design. Probably due to all the modern touches they added, lights, doors, etc. I wish it had more of the original 67 look to it ..but again, these are just renders. Hell, I'm rooting for the Russians! Good on you to stick your neck out there and make these bold claims. Tesla and modern super cars have shown us the future of performance is in hybrids and electronic vehicles. Can't argue with instant power. However, you need to have some very sophisticated software combined with mechanics to be able to handle that torque. I'm not sure the Russians are up to the task monitarily, or technologically. I really wish Ford would sack up and take these drawings/specs and make them real world. However, we know Ford won't do it. If there's any risk involved, they just won't do it. It's not like the old days when you could have a couple of guys with a good idea slap something together in the secrecy of a R&D garage.. Now it's all about keeping the board of directors happy. And the board does not like financial risks of any kind.