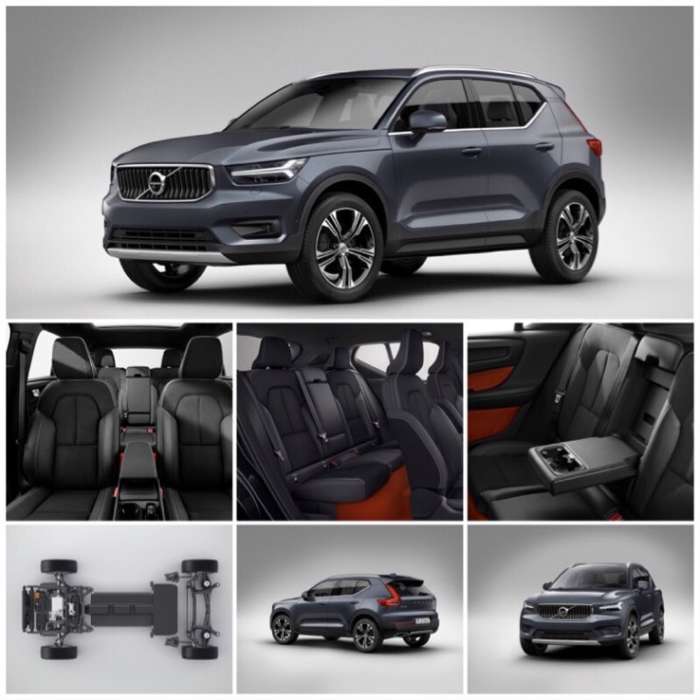 Another ex-Ford For You: the Volvo XC40 Electric. Competes with Jaguar, Audi, and Model X, with Model 3 Price Point!

Here’s another ex-Ford that got spit out by the blue oval to go on with life and do better without them, since partnering up with Chinese Geely, Volvo is whipping out some amazing products even a new division, and the baby XC40 electric is a prime example. A BEV competes with Jaguar iPace, Audi eTron, and Tesla Model X, all at Model 3 prices. Another ex-Ford in your future. Not bad!
Advertisement

We continue a short series of reports of “electric life after Ford:” ex-Ford car companies that were spit out by Ford to save Ford’s neck a few years back to do better without Ford now. One of the ways they show this is by revealing their electric cars close to production while Ford still struggles with their first BEV as a concept. As previously shown Aston Martin is having no problems with their reveal. In this case Volvo reveals its first full on electric SUV with no snags unlike Ford:

With the problems Ford now faces that’s now at crisis proportions, thank goodness there’s life after Ford if you were one of their companies that moved on, and Volvo is another example. It’s amazing when a big company Iike Chinese Geely Motors grabs their helm with a bigger budget and bigger hopes to transform Volvo into a global powerhouse brand. They also recently did the same take over with British Lotus brand to wonder what will come of that venture.

In Volvo’s case they recently revealed their finally first all-electric Volvo as they intend to electrify the whole model range, and they cleverly and strategically chose the baby SUV XC40 to be the first one. By picking this segment at the $55,000 USD or so price point, Volvo puts itself at this timeframe with what’s available in the BEV SUV market, that’s Jaguar iPace and Tesla Model X, next year Audi eTron, in competition with these models at Model 3 prices, saving anywhere from $20,000-$30,000 USD on a full out utility BEV. We have no specs yet like range, horses, wattage, etc., but if Volvo comes through as we expect they should, this may become a very compelling buy. The only thing we do know according to UK Daily Express is that the V40 hatchback is expected to have a range over 250 miles, so it would be safe to say the XC40 will at least have something similar.

Now remember, Volvo is more about luxury, comfort, and safety, than performance. You may not go as fast around Nurburgring or handle a slalom like a Jaguar or Audi can, but, you know what? When you think about it, Volvo’s weren’t really made for those kinds of things anyway! If you have an insatiable need to drive your electric SUV at 100 mph up Pike’s Peak or on the interstate, then stick to the obvious plan of Audi or Jag or better yet wait two years for the Porsche Taycan sister.

But if you need a premium luxury brand that looks great, feels comfortable with room in the back for two six footers while two six footers are in the front, has utility for the room you need, handles the road decently, parks in tight places, has all the latest safety features the brand is known for, and has good value for the money, you can’t go wrong with this Volvo.

As Volvo design chief Thomas Ingenlath told the press on June 20 during the reveal of his company’s new S60 sedan, “It’s not a secret any more that the first full electric Volvo is on its way with the XC40 coming. It will arrive very soon after the Polestar 2. That is the first to come that’s not exotic. We’ll start with XC40 and then on it will come step after step into our model range. The next car will be the next generation XC90.”

Let us know what you think of the ex-Ford Volvo XC40 electric!

DeanMcManis wrote on September 15, 2018 - 9:20pm Permalink
It definitely sounds competitive if it meets these early specs. I have to wonder about the quality of a Chinese funded Volvo. It may be just fine, but I don't know. And 2021 feels like a long way out still.