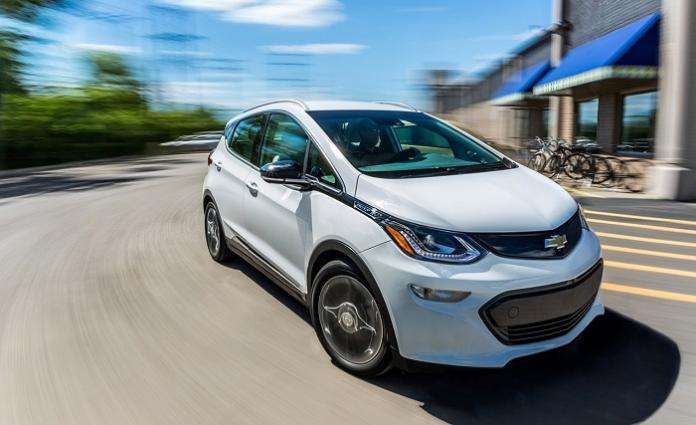 Plug-in EV sales for Aug: Bolt EV leads and who sold how many

The Chevrolet Bolt EV continued a steady sales rise last month as it solidified its position among the top three plug-in electric cars for which monthly U.S. sales are reported.
Advertisement

In August, Chevy delivered 2,107 Bolt EVs, the first time the car had sold more than 2,000 units in a month after entering the market in mid-December last year.

Close behind was the Toyota Prius Prime plug-in hybrid, at 1,820 sales, with the Chevy Volt plug-in hybrid in third place at 1,445 deliveries for August—its lowest monthly number since February 2016.

Tesla hasn't yet commented on how many Model 3 electric cars it sold in August, after delivering the first 30 to hand-picked buyers at the end of July.

The company will gradually ramp up volumes of the Model 3 over what CEO Elon Musk has called several months of "production hell," with a goal of 5,000 Teslas a week coming off the line by December 31.
Among other higher-volume electric cars, 504 BMW i3 electric cars found buyers—with and without the REx range-extending engine—a number exactly on pace with its monthly rate this year, for a year-to-date total of 4,097.

Sales of the Volkswagen e-Golf were also steady at 317 units, for an eight-month total of 2,512. Ford sold 762 Fusion Energi mid-size sedans and 705 C-Max Energi compact tall hatchbacks, bringing the year-to-date totals for those plug-in hybrids to 6,522 and 5,929 respectively.

Finally, it's worth noting that sales of the entirely new Smart ForTwo Electric Drive launched last month, with 94 delivered after several months of wind-down for the outgoing version.