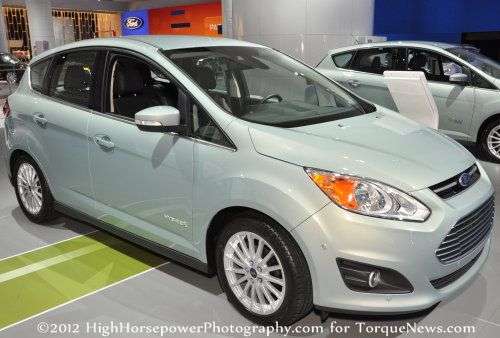 The Women's Business Enterprise Council has named Ford as one of America's top corporations thanks to its work with women-owned suppliers, a significant accomplishment as they are the first automaker to earn the award.
Advertisement

This is the organization’s 13th annual listing of America's Top Corporations for Women's Business Enterprises. The WBENC listing is the sole award in the country honoring programs that create equal opportunity for women's business enterprises in the competition for corporate business.

Ford earned the award for organization-wide practices that develop productive business partnerships with women entrepreneurs in the quest for added value for their customers.

Last year, Ford funneled $1.06 billion to women-owned U.S. suppliers, up 22 percent over the $866 million in 2010. Ford has more than doubled its fiscal support of women-owned businesses during the past two years.

Dura Automotive Systems, located in Auburn Hills MI, is owned by Lynn Tilton's Patriarch Partners investment company. The company makes a variety of control systems and assemblies, among other products, and is the supplier of the award-winning heated power rear sliding window for the F-150 pickup.
The Brownstown MI-based Systrand Manufacturing, owned by Sharon Cannarsa. makes machined parts for Ford's evolving hybrid transmission to be used in the new Ford Fusion Hybrid and C-MAX Energi plug-in hybrid (shown on the right).

Andra Rush owns Dakkota Integrated Systems in Holt MI, and won a deal to produce fascias and headliners for the new Ford Explorer that more than doubled sales during 2011, moving 135,704 units in the U.S. alone.

"Building a financially healthy, diverse supply base is a central part of the Ford purchasing strategy," said Tony Brown, group vice president, Ford Global Purchasing. "We are proud to receive this recognition, and we hope it brings renewed attention to this important segment of our supply base."

Ford has won a number of awards with its expanding vehicle line – it is refreshing to find a corporation winning an award for its business practices. That could be perceived as an exquisite feather in the bonnet of all those automobiles.

"Our objective is to increase sourcing with women- and minority-owned suppliers by 10 percent each year," stated Ford executive Todd Nissen, "We do this by making sure our existing diverse suppliers have access to the people making sourcing decisions on new vehicle programs. We also have a dedicated team that conducts outreach to expand the number of diverse companies in our supply base."

LG's New EV Battery Plant Is a Welcome News for Tesla
Tesla Giga Berlin's New Hurdle: It's Not Only the Gov't, but Now Tesla Itself
END_OF_DOCUMENT_TOKEN_TO_BE_REPLACED