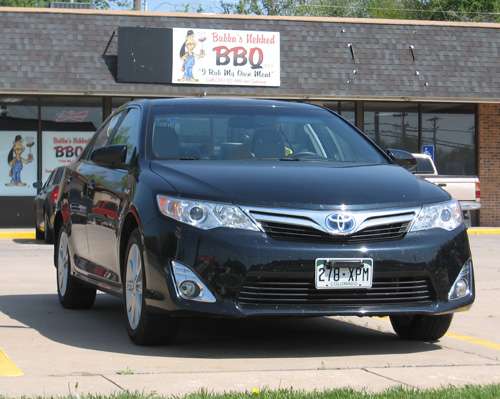 The Toyota Division was responsible for 164,283 of those sales, an increase of 42.0 percent on a DSR basis over August 2011. Toyota Division’s raw volume sales were up 47.5 percent over the same period last year.

“The auto industry continued to outperform the general economy in August,” said Bill Fay, Toyota group vice president and general manager. “The driving force behind our growth continues to be strong consumer response to the new models we’ve launched over the past twelve months and the added value those vehicles represent.”

Meanwhile, the Lexus Division reported total sales of 24,237 units last month, up 28.9 percent from August 2011 on a DSR basis. By volume alone, Lexus Division sales were up 33.9 percent compared to the same period last year.

TMS Hybrids
Hybrids continue to set a trend with TMS posting August sales of 28,960 hybrid vehicles, an increase of 110.1 percent over last year. Toyota Division posted August sales of 25,400 hybrids, while Lexus Division reported sales of 3,560 hybrids for the month.

Tesla Contemplates A New Strategy for China Retail even As Sales Boom
Jay Leno on Elon Musk & EVs: “I Think He Should Get ... Credit"
END_OF_DOCUMENT_TOKEN_TO_BE_REPLACED