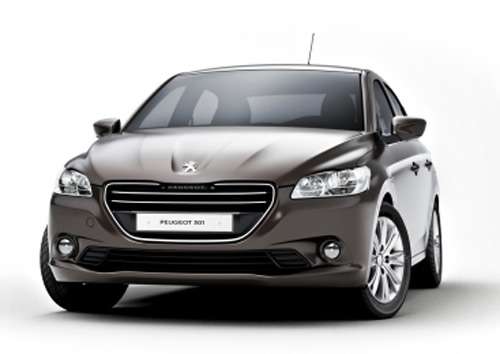 Cars built by certain European brands are sitting about on factory lots as production capacity exceeds demand for automobiles built by Peugeot-Citroën, Volvo and Daimler, with all three showing drops in second quarter sales reports for 2012.
Advertisement

Peugeot-Citroën has just announced a loss for the first half of the year and plans to slash 8,000 jobs and mothball a French plant this month.

This news led the Ministry for Industrial Recovery to announce green technology is the path to brighter days for France's auto industry, according to a Associated Press post by Sarah DiLorenzo and Sylvie Corbet.

The department, created by President François Hollande as part of his re-industrialization plan, believes the solution to the French carmaker woes lie within the development and sale of electric and hybrid vehicles.

It is interesting to note that many of the leading car companies of today are heavily involved in the production of hybrid and electric vehicles, but that is not the source of their overall success in the market.

For example, Audi is making market gains around the globe, without the benefit of significant offerings in the EV or hybrid field. So is this really the answer for Peugeot-Citroën?

The French auto industry has taken a heavy hit – shrinking from 3.5 million vehicles in 2005 to just 2.2 million last year. Industry employment is down to 800,000 – a 30 percent drop in seven years.

The French government is banking on carving out a slice of the global market by immersing itself into greener cars – a segment in which Peugeot-Citroën has already made some headway. The plan is two pronged – aimed not only at rewarding companies delving into green technology, but also consumers who purchase greener cars.

Arnaud Montebourg, the Industrial Recovery Minister that unveiled the plan, told the AP the French government will also initiate a Made in France campaign, enlisting the aid of famed director Luc Besson (known to auto enthusiasts as the man behind The Transporter series) in encouraging consumers to buy locally, though without monetary incentives.

Much of the government's plan revolves around rebates French consumers will receive for buying an EV or hybrid car, regardless of the manufacturer. This could be taken as a clear incentive to innovation, not to mention fair notice that French automakers are competing in a global marketplace.

The government is planning to pay out around $600 million in such rebates during 2013.

Other significant incentives will be dangled in front of automakers and related component suppliers, especially small companies that create jobs by investing in green technology, Montebourg said. The money to fund these incentives comes from juggling assets already in hand.

Employment Minister Michel Sapin, also present at the press conference, said it put the government "on the offensive." He stated France would have to anticipate changes in the automobile sector in order to succeed.

"We want to support clean cars, green cars," said Ayrault. "It's the choice of the future."

He may be right – the US government is certainly involved in not only anticipating the changes, but also engendering them in the automotive industry – if not mandating them outright from the banks of the Potomac.

It will be interesting to see how such efforts play out in the country our Statue of Liberty was created in.