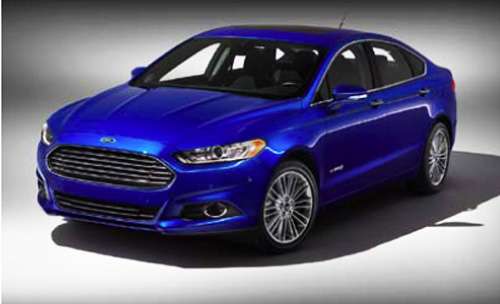 The new line and other capacity improvements at Van Dyke Transmission include 225 new jobs, as part of a commitment to add 12,000 US hourly jobs by 2015. Just recently, the plant added 130 jobs during the hybrid transmission launch, with the rest scheduled to start work by month’s end. Van Dyke now employs a total of 1,350 workers.

“Our investments in Van Dyke Transmission make it our most advanced, efficient transmission plant in the world,” said Jim Tetreault, vice president of North America Manufacturing. “This demonstrates our commitment to bringing jobs and technology back into Ford and North America – actions that not only benefit our employees but our customers and the communities where we do business.”

Ford engineered the HF35, upgrading management controls to create the industry’s best performing and most seamlessly operating the hybrid transmission.

HF35 will be utilized in five vehicles yet to be introduced this year, increasing the power of choice in a wide range of fuel-efficient vehicles.

The C-MAX Hybrid will debut in showrooms this fall, with a projected 47-mpg city, laying claim to 3-mpg better than Toyota’s Prius v.

The Plug-in Ford C-MAX Energi hybrid, also available this fall; with an estimated range of 550 miles, including over 20 zero-emission miles in full electric mode – nearly double the electric-only range of the Toyota Prius plug-in hybrid.

The Ford Fusion Energi plug-in hybrid will start production by year’s end, planning to be the most fuel-efficient midsize car globally with more than 100-MPGe.

The Lincoln MKZ Hybrid is slated for later this year and expected to remain America's most fuel-efficient midsize premium sedan.

Looks pretty clear which brand Ford has in their sights as the year unfolds. It will be interesting to see where Ford ends up when 2012 sales totals are finalized early next year.