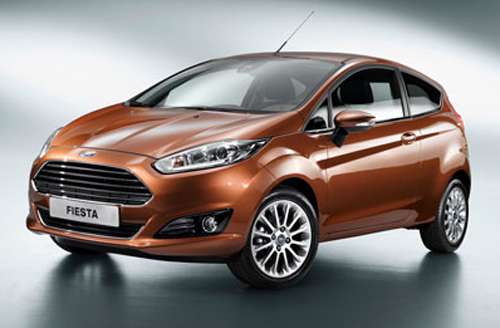 A model of the Ford Fiesta sells every two minutes in Europe, making it the most popular small car in the EU.
Advertisement

Though US sales of the compact are experiencing a mild slump, US News & World Report ranks it #1 in Affordable Small Cars. The online magazine pointed out the Fiesta’s driving dynamics, interior and efficiency in elevating it over 42 other small vehicles.

Ford sold 41,600 Fiestas in Europe during March alone, bringing first quarter sales there to over 77K in the first quarter of 2013.

Ford imaginatively describes this number by pointing out parked bumper-to-bumper that many Fiestas would lap an Olympic 400-meter track 770 times.

That would make for one exhausted Olympic runner, no?

“It’s clear from the rate that our new Fiesta is flying off forecourts (dealer lots) that its striking a chord with Europe’s small car customers,” said Roelant de Waard, vice president, Marketing, Sales and Service, Ford of Europe. “The small car segment is probably more competitive than it has ever been and the new Fiesta is gaining retail market share and reaching new customers on the strength of its design, technology and drive dynamics.”

The brand gained 1.2 percent of segment market share thanks to Fiesta sales this year.

Not surprising in the land of high-priced petrol, almost one in four Fiestas sold featured the 1.0-liter EcoBoost engine, named International Engine of the Year in 2012. That 23 percent of buyers picked the 1.0-liter engine out of seven powerplant choices.

One feature that may be driving sales is the Ford MyKey system, which allows parents to place restrictions on younger drivers in the name of safety.

After all, small cars have more appeal to younger drivers.

Fifty-five percent of Fiesta buyers prefer a Charcoal Black interior, rising to 84 percent in the UK.

It was also the best-selling small car in Europe in 2012, with sales of 306,405 models, according to European auto authority JATO Dynamics.