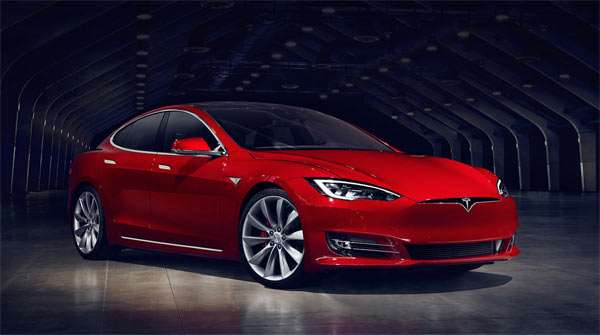 Tesla has reached an out-of-court settlement with 126 Norwegian customers who claimed the car's performance did not match the companies claims to power output.
Advertisement

Tesla have had a few legal challenges over the years with the likes of suing some US states, which is almost expected from a vehicle company which is arguably at the forefront of the EV vehicle revolution.

This time the branding of their power modes, 'Insane' and 'Ludicrous' has got them into hot water and now they have to stump up the cash.

Legal aids which represent both the company and the owners told an Oslo District Court in a joint letter that they wished to withdraw, with a settlement being reached. Dagens Naeringsliv (DN), a Norwegian business daily said that it has possibly agreed to pay $7,700 (65,000 Norwegian Krone) to each car owner in the case or allow the customers to choose alternative options from the car company. The amount offered comes to roughly half the amount initially wanted.

A statement sent to Electrek by Tesla covers the issue:
'Testing done by Tesla and independent third parties has demonstrated that the Model S P85D's acceleration and motor power numbers have always been accurate, even understated. With respect to acceleration, Tesla described the P85D as having a 0-100 kph time of 3.3 seconds, and Motor Trend and others actually achieved a time of 3.1 seconds. Similarly, the motor power numbers used by Tesla were legally required and confirmed as accurate by European regulatory authorities. Based on this information, the Consumer Council previously resolved these issues in Tesla's favor. Tesla will be reviewing the decision by the Consumer Disputes Commission to better understand the conclusion that it reached.'

The real power of the Tesla Model S P85D

Tesla are ever trying to push the performance stats. and range of their vehicles, but the CEO of the company has spoken out that battery technology needs to catch up as incremental improvements are otherwise going to decrease on the vehicles.

Apart from this case, Tesla have a good working relationship with Norway and its government, especially after the plans to phase out internal combustion engines by the year 2025.
Watch this space...