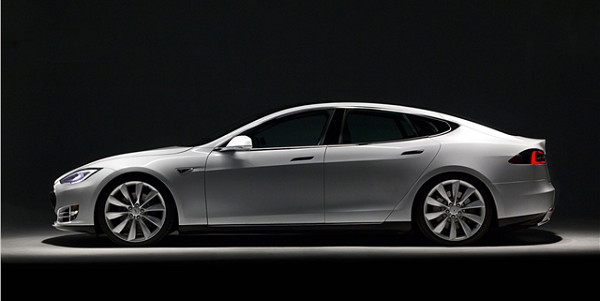 Tesla Autonomy and Math: How I Learned to Stop Worrying and Enjoy the Reaction

Yes, Netizens, I made a ten mile range mistake in my math in my article on the Chevy Bolt vs. the Tesla model 3, something I assure you Elon would have never done. This is what happens when you really, really want to get the column done and delivered late at night when your math skills tend to decline as the hours on the clock go up. I will state for the record, mea culpa, mea maxima culpa! The reaction has been amazing and amusing.
Advertisement

Get a grip. My point remains valid. I am of the opinion that the Tesla is the better value than Chevy Bolt. This is reinforced once again by my daughter coming home tonight and telling me that she has a $900 tuneup to pay for on her Mazda Tribute. Ya gotta add those non-EV costs in people!

I got some outraged comments about being one-sided and not fair. I decided that I should call on what Jim Cramer, you know from “Mad Money”, to relate what he had to say about the Bolt and what competition it would give the Tesla. These are quotes from “The Street”.

When asked by The Street whether the Chevy Bolt will move the needle for GM, Cramer responded with an emphatic “no”. “[GM] has a lot of cash and they haven’t done enough with it … we made a mistake owning the stock”, says Cramer citing the Detroit automaker’s weak presence in Europe. But perhaps the biggest problem the Bolt may face, especially amongst the younger generation who are reportedly less inclined to purchase new vehicles, is that the company is not popular.

“My problem with GM is that it’s not cool. It’s not.”, says Cramer. “Tesla is cool, and that’s very hard to factor in.” Cramer is referring to GM’s price per share which trades at a 4x P/E and has remained relatively flat over the last five years.”

Okay, to repeat myself, the Bolt is a nice car, but it ain’t no Tesla. Again, that is my opinion and I have a right to it. Deal.

What Tesla is Doing for Autonomy and the World in General.

It hasn’t shown up yet, because we just don’t have enough actuarial evidence to start moving the needle on reduced premiums due to fewer and less destructive accidents. Tesla is making it an issue by teaming up with auto insurers in Australia and Hong Kong. Let’s see if they can get insurers to offer lower and lower rates as the accident statistics justify them. Tesla isn’t just waiting for them to see the light, they’re offering good old Adam Smith style competition to get them to move.

Road building and wear and tear

As I mentioned in a previous article our existing roads may be able to carry five to ten times, (theoretically 30 but that is not real, it’s theoretical), as many cars as they do now. The lack of traffic lights, the loss of the “wave effect”, (the stopping and going and cars moving like waves like in an ocean because of imperfect human response to the cars ahead), and, above all, “platooning” on highways will make life more pleasant and efficient.

Car sharing, (as in four or five people being autonomously picked up by one car), will probably skyrocket as the called for car automatically picks up people who request a ride using an app, thus reducing the number of cars on the road significantly. Elon Musk foresees people renting out their cars to help pay for them by letting the car out for automated rides through a Tesla app à la Uber. Without the cost of a human pilot, the costs should decline rapidly, making it ever more attractive to millennials who really are not in love with cars. They just want to go places with the least hassle possible. They are also not particularly in love with the idea of tying themselves down with a monthly bill.

Tesla will continue to change the culture with its championing of automated driving. It will continue to drive other automobile suppliers to do better in order to compete. Autonomy will make life better and more productive. Bottom line.