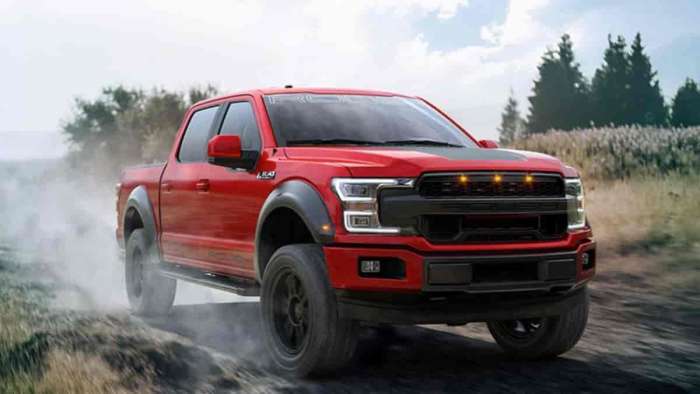 Will Gasoline Under $1.00 Encourage V-8 Sales, It's Very Doubtful

A little while ago, Jimmy Dinsmore asked the question will cheap gas encourage V-8s, his answer was a very strong, maybe. Today, I asked the same question regarding V-6s versus V-8s and I found that the answer tended toward the V-6.
Advertisement

Recently, my Ford truck colleague Jimmy Dinsmore asked an excellent question about gasoline and engine trends. You can find Jimmy's story here.Simply put, will under-$1.00 gas encourage V-8 sales again? His conclusion was a good, healthy, maybe. My take on this is, I doubt it.

The bottom has dropped out of the gasoline market because of a dispute between Russia and Saudi Arabia. Each wants its vision for the oil markets, and the result is they are flooding the world oil markets with oil. The building glut has driven prices quickly down to the $1-a-gallon level. Since there is no end in sight to the oil stalemate, it looks as if the price could dip further. This is the reason Jimmy asked the question.

In strictly economic terms, as gasoline prices hit the buck-a-gallon barrier, it would seem that they would trigger any pent up demand for more powerful engines. That's the standard economic view. I don't think that applies much, anymore, to vehicles.

The same materials substitution has made blocks much more resilient so that manufacturers can run engines at higher internal pressures without the fear of failure.

There are composite blocks out there that can handle freakish amounts of pressure and temperature. I mentioned a case-in-point a couple of weeks ago where a tuning lab has been torturing an engine block by upping the pressure and running tests. Every time it survives a series of tests, the tuners change a few things up the pressure again and re-run the same tests. At last check, the engine is still cranking away.

That said, while it seems to make sense that a significant dip in the price of gas might have a beneficial effect on the number of V-8s sold today, the market conditions are sufficiently weird that this view flies out the window.

With the coronavirus wreaking havoc on the economy lately, though, ideas of supply and demand, things that we have based economic numbers on for centuries, are taking a back seat to different concerns, all revolving around the pandemic. Tuesday, the market was up.

Indeed, with the market listening to Washington, trying to reposition itself, it is watching for even the tiniest good news. Tuesday, the market has been hanging on every statement from the administration and Congress. Today the economic driver is the potential that the House and Senate would agree on an economic stimulus package.

Let's assume that the stimulus package is approved, and it gets money into the hands of consumers. Let's further state that there's enough stimulus money so that some consumers can go out and purchase vehicles that they may have been putting off.

Will consumers look at the price of gasoline and instantly assume that a V-8 is the way to go because of the added power the engine brings to their SUVs (the country's favorite vehicle now)? The conventional wisdom would say yes.

And, yes, it is true that while V-6 powerplants still don't offer the 395 horsepower of the V-8. Two of them provide the same or more torque than the Coyote V-8. So, does it make sense to spend more money to order the V-8 when you can live with the 2.7-liter EcoBoost V-6 when they offer nearly the same torque? Or, when you can obtain more torque and spend roughly $1,600 more for the bigger V-6, does the V-8 make any sense?

Yes, you can purchase an F-150 and send it to a tuning shop where they will turn it into a fire-breather like the Roush/Ford F-150 SC that turns out more than 650 horsepower and 650 pounds-feet of torque and some tuners will push engines further. I discussed the Ford/Roush F-150 SC here. Or the Hennessey/Ford Velociraptor F-150 that cranks out better than 600 horsepower from the 3.5-liter HD powerplant (with tuning, of course).

Of course, you can opt for the V-8, and send it off to a tuner like Roush or Hennessey and they will juice it up quite nicely, usually with a supercharger, not a turbocharger and the result will be a V-8 with 750 horsepower or so and gobs of torque. But, you are talking about huge bucks for this. If you are into this type of performance, then it is probably worth it. The Ford/Hennessey Venom Brings Big Power.

So, here's my prediction about V-6 versus V-8. It may spike briefly – though I doubt it because most trucks either have been delivered to dealers by now. And with stores and plants, mostly shuttered new builds aren't forthcoming and may not be through the year – so that V-6s will come out on top.

In an average year, I would expect V-6-equipped F-150s would also come out on top because they also make more sense and are more economical by some miles per gallon than the V-8.

So, there you have it, my expectation for the sub-$ 1.00-gallon gas market. I don't know how long it will last, but the shakeout should still favor the V-6. It makes the most sense to me.

(Author's explanation: My experience extends a long, long time in watching the auto business. I go back to the days of the Pony Car wars when I wrote my first newspaper columns that routinely looked at performance cars and big engines (look at my thumbnail, is that the face of a young jouno? Nope).

(More importantly, I have seen and driven through two gasoline shortages, several gasoline gluts, and I have watched the market shift from big cars with big 8s to smaller vehicles with smaller 6s. And I have seen the market rebound with better 6s and small 8s to where it sits today as EVs are coming on.).

MMarc Stern has been an auto writer since 1971. It was a position that filled two boyhood dreams: One was that I would write, and two that I write about cars. When I took over as my newspaper's auto editor, I began a 32-year career as an automotive columnist. There isn't much on four wheels that I haven't driven or reviewed. My work has appeared in Popular Mechanics, Mechanix Illustrated, AutoWeek, SuperStock, Trailer Life, Old Cars Weekly, Special Interest Autos, and others. Today, I am the Ford F150 reporter for Torque News. I write how-to and help columns for online sites such as Fixya.com and others. You can follow me on Twitter or Facebook. Most of Marc's stories can be found at Torque News Ford coverage. Check back again and search for Torque News Ford F-150 news for more F-150 truck news coverage.

DeanMcManis wrote on March 25, 2020 - 2:44am Permalink
I think that for people who were looking for an excuse to by a powerful V8, cheap gas is it. Similarly, people who were looking at an economy car might choose a bigger engine because of the allure of cheap gas. Of course us in California have no hope of ever seeing sub-$1 per gallon gas as this price war has just caused gas prices to dip under $3 per gallon (for regular gas). Savvy buyers will know that this oil price dip will certainly be temporary, and will think more long term and choose a less thirsty engine option. The Ecoboost V6s have been a sweet spot for F150 buyers for a while now because they are tuned for low end torque, while having good HP and relatively quiet, smooth, drivability. But consistently get better gas mileage. And their smaller turbo diesel engines offer even more torque and better mileage as well. The harder sell may be the F150 hybrid model during this cheaper gas short term blip. And it will unfortunately delay the EV F150's production even longer than before.
Marc Stern wrote on March 26, 2020 - 7:35am Permalink
I couldn't agree with you more!