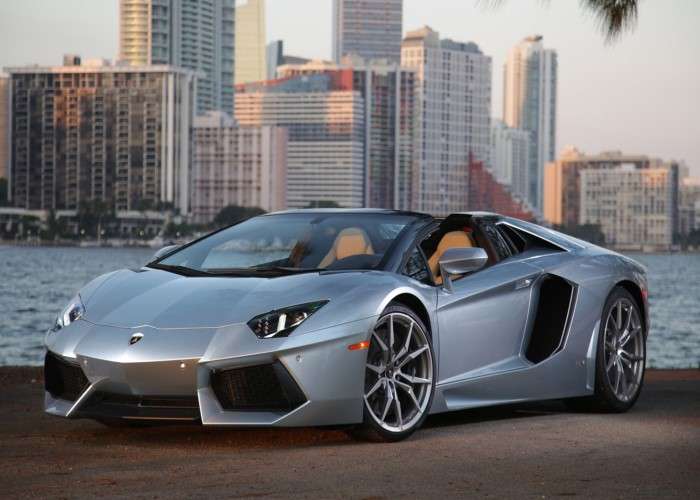 What’s Lambo’s plan for the future? Hybrid technology is a good bet

Lamborghini still likes the sound of an engine. The director of R&D says so.
Advertisement

Have you ever wondered what will happen to series like F1, IMSA, NASCAR and others as rules tighten and high-powered internal combustion engines (ICE) are put out to pasture? The reason I am asking the question comes from a recent blurb that I saw about Lamborghini and their future engine planning.

In a talk with CarAdvice, Lamborghini’s chief technical officer discussed the future of ICE and Lambo. Maurizio Reggiani addressed the future of engine technology at Lamborghini. Contrary to what you may think, the automaker won’t give up the traditional sports car engine’s exhaust note for other alternatives like turbocharging.

Lambo is placing its money on hybrid tech

Instead, Lamborghini is opting for hybrid technology, a compromise that allows them not only to cut emissions – an eventuality for all automakers – but also to retain powerplants that sound great.

Said Reggiani, “I think the CO₂ [requirements] will be attacked in the future with a hybrid machine, where we can leave the emotional naturally aspirated appeal but reduce dramatically the CO₂ and fuel consumption using a hybrid.”

Lambo plans to use this strategy when it comes time to replace the Aventador and Huracan models. Reggiani, who made these comments at last week’s Geneva Motor Show, believes there are significant advantages to using hybrid technology. The first is better throttle response and the second is differentiating vehicles from the competition, Ferrari, and McLaren, for example.

Reggiani has been open about hybrids in the future model mix at Lamborghini. For example, at the 2018 Detroit Auto Show, he said they were actively trying to find ways to cut the weight brought by motors and batteries in what looks like the next Aventador. Likely to be an electric, the Aventador could benefit from the weight savings from solid-state batteries.

An all-electric sports car may be in the future

That model will likely be in the future as the automaker hasn’t committed to building an electric model soon, given current technology. “This is mainly related to performance, handling, max speed and some other parameters,” he said. At the moment, he told CarAdvice, “we don’t see technology to allow us to say this is feasible.”

Plans for next year (2019) call for the first hybrid Lambo to arrive in the U.S. for sale. It will be the Urus crossover. There will be a variant that will use the powertrain from the Porsche Panamera Turbo S E-Hybrid biturbo V-8. The 4.0-liter V-8 and the electric side in the hybrid will produce 680 horsepower and 626-pounds-feet of torque.