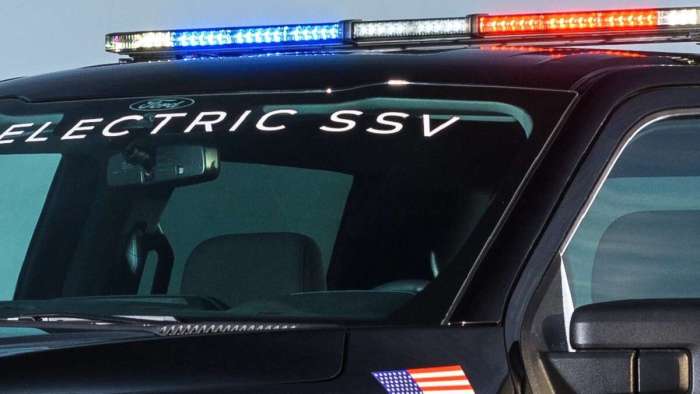 We know that the news from Washington and the major world capitals slows down in August. It's the month in Europe when folks take their vacations and it is the time in Washington when everyone escapes the oppressive heat and humidity. Because life slows down appreciably, there are fewer easy headlines for reporters to write cover and write about. What better time to do a hit piece on a successful automaker like Ford?
Advertisement

Some days, you have to wonder who or what drives some major media platforms. A case in point: After the automaker's latest round of good news – a significant sales increase in July and rising stock price --the Wall Street Journal -- has decided that Ford has problems. If you are unfamiliar with the Wall Street Journal, it is the flagship broadsheet financial paper of the Fox media empire. It is also doubtless an "expert automotive information source," or maybe it isn't.

Indeed, while the automotive media, like Torque News, has and continues to cover the automaker's supply chain problems, its 2.7-liter Bronco engine problems, and its continuing transmission problems, the flagship daily wrapper of the Fox media empire intones piously that "Ford's quality problems are severe and may take years to solve."

Here's Torque News' question -- since most of the people on the broadsheet live and breathe New York City, where most people ride around on their version of the Metro, not having cars or trucks themselves, how in the name of Henry Ford does this particular paper have the expertise to determine this?

I have yet to see an experienced byline discussing Ford's problems. The paper makes as if it is the "expert," and we all have to take its word for it. The Journal's pundits have determined that Ford will have problems for years and years to come. This follows July sales news of a 36.6 percent jump in sales of Ford products. Much of this sales hike has been driven by F-Series truck sales which spiked 21.1 percent to 63,314 vehicles in July.

Perhaps the Journal can't understand that the F-Series has been the nation's best-selling pickup for 45 years.

The Journal's screed comes as Ford's electric vehicle (EV) sales, which have been called a key to the automaker's future, also rose by small numbers. Ford's F-150 Lightning, "which many analysts believe is the key to Ford's future," according to 24/7 Wall St.com, which quoted the Journal, were only 2,173 pickups. The site blamed "supply chain problems" for the automaker's failure to put more vehicles onto dealer lots. The site, stating the obvious, said that the "millions of F-150 owners make an extremely fertile market for sales of the new truck."

The site also noted that July sales of the Mustang Mach-E, a top-rated vehicle with many people awaiting their deliveries, jumped 74.1 percent in July to 4,970 vehicles.

Indeed, the good news on the sales front was followed by a 10 percent jump in Ford's stock price last week.

In the face of all this good news, you had the Wall Street Journal publish what seems to be a hit piece with the headline "At Ford, Quality Is Now Problem 1." The article lists case after case of what it terms "manufacturing flaws and recalls," according to 24/7 Wall Street.com.

Ford Hasn’t Been Hiding Its Issues

If you believed the muckraking headline in the Journal, you would think that Ford is trying to hide its problems. However, the automaker isn't. Ford has publicized its recalls and other problems in the last seven months. For example, Torque News recently covered the issues with the automaker's underhood fire problem, including the news that an internal probe had located the cause of the problem in its SUVs. The automaker announced the issue in July.

Another example is the automaker's problem with the failure of the Park setting on its automatic transmissions. Torque News told you that the issue affecting as many as 3 million vehicles is a gearshift cable and a bushing problem. This keeps the vehicles from going into Park and could allow them to roll. Major recalls are underway now, some extending back to the 2015 Ford Fusion.

The Journal, says 24/7 Wall Street.com, notes that the automaker's quality and recall problems have caused it to create a fund of more than $4 billion to cover warranty costs. This is "up 76 percent from five years earlier, and its total warranty expenses increased about 17 percent from 2016 to 2021."

The Journal says the issue is so prominent that it has brought a former head of quality at J.D. Power Associates as the quality czar to fix the problems.

Quality Is A Key Metric

And while it isn't a rumor, the paper did note that poor quality can drive people away from a specific vehicle and into the sales lots of competitive makes. As Torque News notes, there's nothing new in this at all. It is the nature of the automotive market. At times, Ford benefits from it, and at others, it doesn't, but the rather florid writing makes you think that the publication has found something new. It isn't and hasn't. Indeed, Ford has been upfront with its recall and quality issues for at least the last dozen years or more.

And, as noted by the Journal, quoted by 24/7Wall Street.com, the industry is still running into supply chain problems that keep it from receiving all the parts it needs. This situation has "caused sharp price increases for buyers," says 24/7 Wall Street.com and the Journal. The newspaper's grand conclusion was that "Ford's quality problems may keep it out of benefiting from the brisk increase in supply [when it happens] and resulting sales."

The issue here is simple, and the automaker is addressing it by hiring the J.D. Power and Associates executive. Ford is not shy about telling the buying public of its problems so that it has a body of informed potential customers who let the public know of the issues it faces. On the other hand, the Journal looks like it had a slow news cycle and unleashed one of its "experts" on the subject. Whether the reporter is an expert is the key here. In a rather well-written hit piece, the publication still reveals its biases.