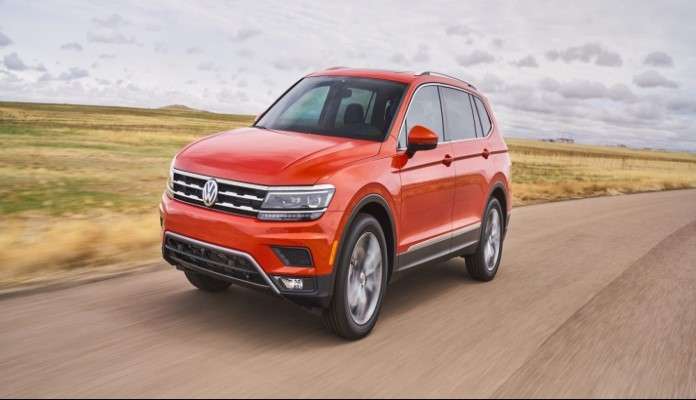 Volkswagen turns it around from emissions loser to award winner; record-setter

A couple of years ago, things looked pretty bleak for Volkswagen. Beset on all sides by consumers, regulators and stockholders because of its cheating on emissions, the automaker was forced to stop selling its turbodiesel (TDI) models until fixes were found and it was also forced to pay billions in settlements. VW did the right things, pulling in its belt and admitting the problem, while promising fixes; it delivered, too. Now, things have turned around and VW has gone from loser to award-winner.
Advertisement

With the resolution of Volkswagen’s emission-related legal troubles, the automaker has turned itself around and has become an award-winner. For example, Cars.com named the VW Atlas as its Best of 2018, while the Golf GTI was named Most Fun-to-Drive Car of the Year. And, Volkswagen had more good news as it announced record sales of 10.74 million vehicles in 2017. VW has record-setting sales year.

VW official ‘thrilled with these awards’

Hinrich J. Woebcken, president and CEO of the Volkswagen Group of America told a reporter that the automaker was “thrilled with these awards for Atlas and GTI.” He continued that the automaker couldn’t be prouder of the Atlas success, while the GTI “has a rich history with enthusiasts worldwide and the 2018 model continues to build on the fun-to-drive formula.” Woebcken noted that the Atlas is “designed and assembled in America specifically for American customers.”

Cars.com’s Jennifer Newman noted that big “is back, and Volkswagen has brought to market its biggest SUV ever, the 2018 Atlas.” Newman said that due to Atlas’ three rows of seating “that are incredibly flexible,” it is possible to “fit seven full-sized adults in the Atlas with no complaints about comfort from anyone.”

Further, Newman said, Atlas has “all of the latest electronic gadgets from Apple CarPlay and Android Auto to forward collision warning systems, adaptive cruise control and a surround-view camera for easy parking.” Continuing, Newman had plenty of praise for Atlas when she noted that however “you equip one, the new Volkswagen Atlas may be the most spot-on interpretation of an American family SUV that we’ve seen in ages.”

Turning to the GTI, Newman said that sports cars are “a blast, but more often than not, drivers trade everyday comfort for behind-the-wheel thrills.” The Cars.com editor noted that there are “no trade-offs with the GTI, however; Volkswagen’s hatchback excels for its blend of performance, comfort, and refinement.”

The Golf GTI is the car that has defined the words “hot hatch.” It embodies a classic formula: refinement, style, power, and performance. For 2018, the Golf GTI has a host of improvements that continue the tradition of affordable performance that it has carried since its debut in this market 35 years ago. Pricing for the GTI starts at $26,415.

Both Atlas and GTI, as well as the rest of the 2018 VW family, feature the “People First Warranty,” a six-year or 72,000-mile (whichever occurs first) bumper-to-bumper new vehicle limited warranty.
Coverage includes the powertrain (engines, transmissions and the optional 4Motion® all-wheel-drive system. The coverage can be transferred to subsequent owners, throughout the remainder of its duration. Only BMW has had this feature which adds to the value of its vehicles.