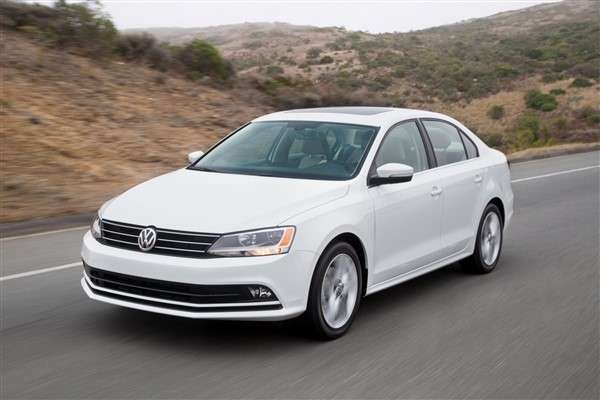 Volkswagen posted positive sales results again in October continuing an upward trend that began early this year. The automaker posted a monthly increase of 11.9 percent on the strength of SUV and sedan sales.
Advertisement

Led by the Chattanooga-built Atlas three-row crossover and sales of the redesigned, all-new 2018 Tiguan, Volkswagen continued to climb out of the hole that was created by the Dieselgate scandal.

Sales Continue to Forge Ahead

With deliveries or 27,732 units in October, Volkswagen posted a sales increase of 11.9 percent over last year. For the year-to-date, sales increased 9.4 percent to a total of 280,188. Last year’s sales were a total of 256,047 through October. October VW sales continue September trends.

Sales of the Atlas, were 3,664 units, while sales of the all-new Tiguan totaled 3,848 vehicles. Atlas went on sale in June, while Tiguan’s sales began in July. Tiguan was redesigned for 2018 so that it rides on a wheelbase that is 11 inches longer than the former standard Tiguan, a five-place, two-row compact crossover. The new Tiguan is roughly 211 inches long. The former standard Tiguan now carries the name Tiguan LTD.

Volkswagen has been consciously changing its marketing strategy since it committed to building the Atlas. The automaker has had a tough time cracking the lucrative SUV market here, lacking a three-row crossover, where the majority of profitability is. VW has built quality compact and mid-sized crossovers – the Tiguan LTD and Tiguan – but it took the Atlas to flip the script and bring VW into the full-sized market it wanted to enter.

SUVs Now A-Third of All Sales

Sales have changed to the point that SUVs now account for more than 32 percent of the total volume for the VW brand.

In a market-challenging departure, sales of the sedan Jetta were impressive in October with 9,217 deliveries for a 14.2 percent increase. This is the best October for Jetta since 2014. Indeed, while other makes have seen their sedan shares slow or decline for more than a year, Volkswagen's Jetta has proven a market contradiction as they have been strong for the last several months. Sales for the Golf family – Golf, GTI, Golf R, e-Golf and Golf SportWagen (formerly the Jetta SportWagen) – were 4,697 with increases for the GTI and SportWagen.