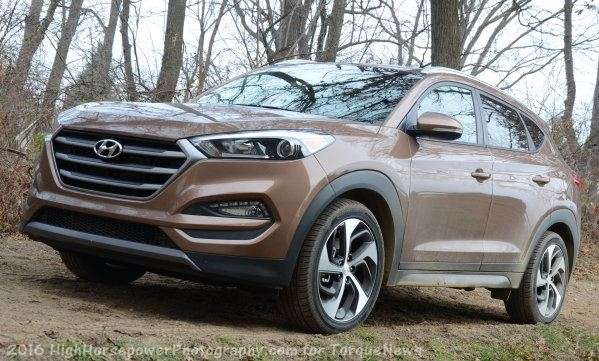 Rumored Sightings Are True; Hyundai Will Build Compact Utility Pickup Based on Tucson

In this world, there are many urban legends. You know the ones, right? How about the Yeti that was seen last week in Anchorage, Alaska? Or, how about the sighting of Nessie, cavorting and snorting in its Loch? They are real, aren't they?
Advertisement

Have you ever noticed how rumors seem to come and go in the auto business? You know the rumors, don’t you? They are like sightings of the Yeti or Nessie or aliens at Area 51. People will tell you they are real, verifiable, even closely documented. But, when the same people are pressed for more details they suddenly:

To be fair, everyone knows that Nessie only comes out every third Wednesday in April, following Easter and that Area 51 was grabbed by aliens and removed from Earth to a spot on a nearby planet, whose name is unknown. And, everyone knows that kitties can’t have puppies easily so that the trip to the vet was probably about something else. Finally, maybe the meeting was today or tomorrow, you still have to attend even if it was yesterday.

Okay, so you are probably wondering why all this gibberish is appearing in Torque News, right? You have good reason to because something has finally been confirmed that ranks right up there in urban legend land – the Hyundai Tucson, one of the best compact crossovers, is about to become the proud parent of a new pickup. Except that this time, it’s true. Hyundai is taking the concept pickup that appeared at the 2015 North American International Auto Show and Exhibition and making it real for either the 2018 or 2019 model year.

Hyundai’s internal market polling suggests that they will sell about 45,000 per year, while other favorable external polling shows sales of about 70,000 per year. Zuchowski indicated Hyundai would like to their penetration to approach 45 percent of their sales. At the moment, truck sales are about 25 percent of their sales makeup. Like as not, Zuchowski and staff would like to show that the new compact is many people’s CUP of tea.

The Hyundai exec put starting price about $25,000. There will likely be two powerplants available, the same gas engine that powers the Tucson as well as diesel. The diesel is currently under development and should be cleared for production in time for the launch of the Tucson-based pickup.