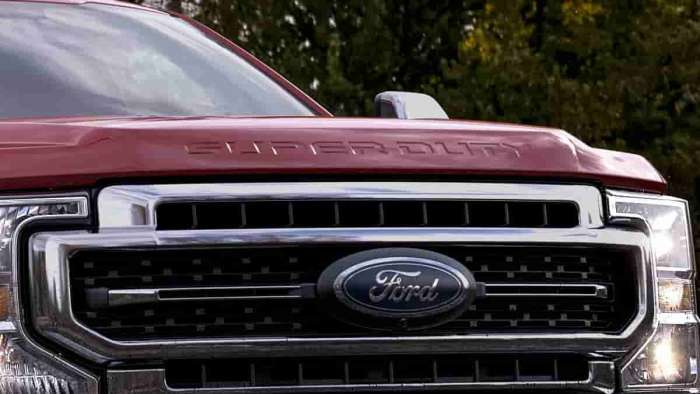 LGE-CTS Motorsports is ready for the Specialty Manufacturers Equipment Association shindig in Las Vegas next month with what it calls for the "Swiss Army Knife" for outdoorspeople who like their overnighting.
Advertisement

This year’s SEMA show has manufacturers burst to get their products out there. For instance, there are many Ford Ranger entries from many vendors that range from mild reinvention to major face and function-lifts. It seems that this has been this story of this year’s SEMA show scheduled in the early part of next month. Manufacturer’s Association. It is an association of major OEM and aftermarket manufacturers that gets together once a year in Las Vegas to show off their wares.

Those wares are often just concept vehicles, though, the conversions are real enough. Many of them never make it past the concept stage. However, now and then, a truck appears at SEMA, which later goes on sale.

For a while, the lack of full-sized truck concepts had us wondering if there would be any significant Ford truck concepts at SEMA. Well, that wondering has ceased with the announcement of the LGE-CTS Motorsports Baja Forged Ford F250, which would be the “’ Swiss Army Knife for the modern adventurer.’”

The folks that came up with this concept – LGE-CTS Motorsports – have had a clear vision of what they were trying to achieve. They wanted this truck, decked out in a military green paint scheme, to act as a mobile command center, campsite, and workshop. The F250 uses a Pronghorn rear custom canopy instead of the standard bed. The canopy gives the Forged Ford F250 lots of storage and more than a bit of style. According to the company, it also acts as an extension of the added by the Tepui rooftop tent.

The Forged Ford F250 has been lifted 4.5 inches with the addition of the Stage 7 suspension lift kit. The F250 uses Method Race 304 NV HD bronze wheels shod with 37-inch BFGoodrich Mud-Terrain T/A tires. The truck has a fierce look, thanks to the LGE-CTS Motorsports Baja Forged front fenders and bumper.

There’s plenty of lighting thanks to a Rigid LED lighting setup that not only contributes to the overall look but also puts added lighting where you need it. Indeed, it is a welcomed addition to the overall F250 because there’s no added street lighting out in the bush.

The team that engineered this concept vehicle has tried to give the adventurer everything that he or she needs in the middle of nowhere. For example, if they have to get out of a jam, there’s a Warn Industries 10S winch tucked into the front bumper. The winch is a very thoughtful addition.

And, once you reach a destination, if that is your goal, you can crank out an ARB USA 6.5-foot awning that will keep the sun or rain off. At night, LED lighting available in the awning area. Meals and snacks are available from an Element refrigerator with a freezer while you can keep comfortable with touring camp chairs that included with the overall package. A Ford Accessories vehicle safe, located in the floor console, keeps your valuables safe for those times you may take an excursion from your campsite. Rounding out the LGE-CTS Motorsports Baja Forged Ford F250 is Pelican Case protective gear, while BOXO tools, on Builtright Industries Tool Mounts complete the SEMA vehicle’s design.

Sources: Author research. The Ford Authority is one of the internet’s independent providers of news and other information about Ford and Ford products.