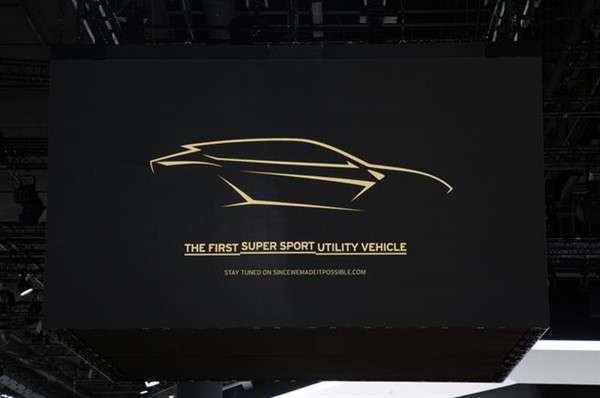 Lambo Sets Official Intro of the Urus Crossover for Dec. 4

Five years after Lamborghini unveiled its Urus crossover at the Beijing Motor Show and two years after the automaker confirmed that the vehicle would be made, the Urus is about to become reality. According to the automaker, Dec. 4 is the date the super-SUV is set to drop.
Advertisement

Lately, every time I have heard or written something about the vaunted Lambo crossover, the Urus, I have been on the edge of hysterical laughter. Urus surfaced as a concept five years ago at the Beijing Motor Show. And, since that time, there have been teasers, tips, leaks and all kinds of stuff that always said that “Urus will be here real soon now!”

Of course, being a car enthusiast, you know that if an automaker has a unique piece of iron that everyone has been anticipating, even a hint of the vehicle is enough to get the old ticker pumping faster. Eventually, though, you become more and more skeptical to the point where you think: “No, it’s never going to happen, no matter what they say.”

Urus moves from fantasy to reality

That feeling ended with a slam this weekend as Lamborghini has finally announced that the Urus may finally be reaching production beginning in December. Specifically, the high-performance luxury automaker put a Dec. 4 date on the debut of the Urus, along with the usual teaser the automaker has pushed every time it has put anything about Urus into the public prints. This time, the teaser was images of a near-final concept Urus, easily distinguished by its now-very familiar raked-roof and a unique front end. The debut date festivities followed first word of the Urus, Lambo’s second SUV (the 12-cylinder LM002 being the first) which occurred at the 2012 Beijing Motor Show.

Lambo committed to taking the Urus from concept to production two years ago.

Honestly, at this point, there isn’t much more available. Lamborghini has kept the lid tightly closed on the Urus, unlike some other institutions that seem leakier than boats with huge holes in their hulls.

Here is some of the information we do have locked down fairly well. For starters, the Urus will pack a huge punch. Its powerplant will be a twin-turbo V-8 engine that cranks out 650 horsepower. Also, Lambo will add a hybrid version a year after the arrival of the standard model. Urus is expected to go on sale in Europe in the second quarter of 2018. It will go on sale here sometime in the third quarter. The SUV will likely give Lambo’s annual sales volume a humungous boost, more than doubling it. Production of the SUV may hit 3,500 per year by 2019.

Urus will have the soul of a super sports car

This is just about all of the information that’s on the table at the moment. In place of further hard news, the automaker, a division of the Volkswagen Group, vows the Urus will have the “dynamic design DNA of a Lamborghini super sports car.”

At this stage, there is no pricing information available – how could there be as it is a tad too soon? However, if you see the Urus advertised with a price tag in the $200,000 range, don’t seem surprised.