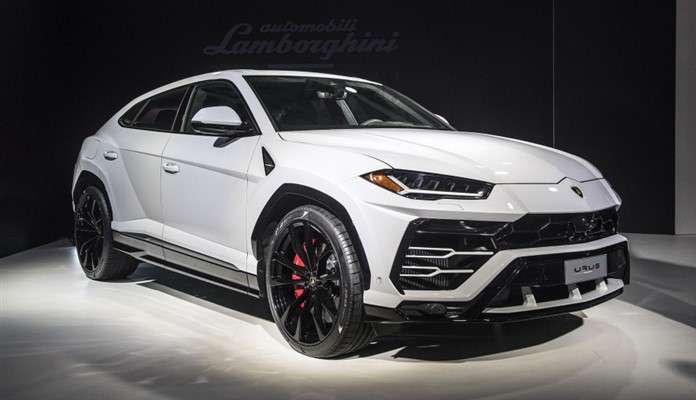 Lambo needs luxury SUV Urus success but will it find it?

Lamborghini is investing lots of capital and hoping that its Urus, an unknown quantity, meets its expectations. Urus is Lambo's 189-mph luxury performance SUV. The automaker apparently hopes it will tap an untapped market in high-performance luxury SUVs. Will it and will it be worthy of the investment Lambo has made? No one knows the answer.
Advertisement

Sometimes you ask the question: why? For instance, why does the U.S. market need a high-flying super-luxury SUV? Honestly, what is the reason? And, when you look in the mirror and look back out the window as the snow falls and it strikes you: there’s no real need for another high-end SUV but Lamborghini will be selling one here starting in September. It’s hoping there is a market there for its entry.

Enthusiasts can hardly wait for Urus

Quite frankly, most enthusiasts can hardly wait to see what the Urus really looks like and what it will do when it’s fired up. The manufacturer claims the Urus will be the first production luxury SUV with a 189-mph top end. Lamborghini, one of Volkswagen’s three luxo subsidiaries – Porsche and Bentley are the others – also says the long-anticipated Urus feature a power-to-weight ratio that’s unavailable elsewhere in the segment.

But, is that class power-to-weight ratio unique to Lamborghini? Perhaps the Bentley Bentayga, which is supposedly headed for the U.S. market, has similar performance figures? It’s tough to say because there are no working copies on this side of the Atlantic.

And, then there’s the long-rumored Ferrari SUV, supposedly heading to showrooms here. Lambo is putting lots of eggs in the Urus basket as it invests in expanding its Sant’ Agata headquarters in Bologna for Urus production. Indeed, it is not only bumping its bet on the U.S. market, it is doubling down as the automaker expects that fully one-third of its production will be taken up by U.S. buyers. Lambo fully expects the Urus, available at $200,000 a copy, to be everything the automaker hopes it will be.

What will the competition be?

It’s not that there is no competition because there is. As noted, another VW subsidiary will be aiming at the same market – Bentley with the Bentayga. And then, there’s the rumored Ferrari SUV, just mentioned. That’s not all as a well-equipped Land Rover Range Rover has a cost that approaches the Urus. And, of course, you can’t forget Porsche, whose Cayenne crossover, when it is outfitted properly will be a supercar, like the Urus.

This week’s visit to the North American International Auto Show in Detroit was the first time the Lambo SUV set wheels on this continent. The preview venue was quite fitting the Museum of Contemporary Art in the city.

For Lamborghini, the Urus is an important model. Its design is good and its execution seems first rate – no one has had a chance in the U.S. to touch the Urus just yet. The importance of the model can easily be seen in the amount of production the automaker hopes the SUV will use.

Lambo is investing a chunk of change

Its importance is easy to see from the chunk of change Lambo is investing in its Sant’ Agata production facilities. Lamborghini is committing a huge amount of resource and is betting on the Urus to come through.