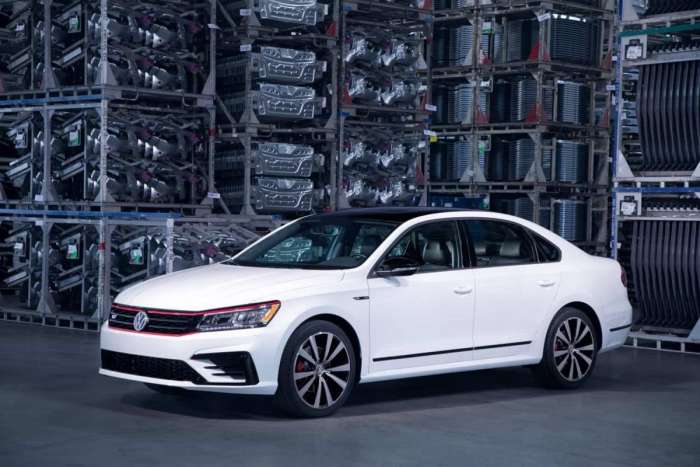 Have you been wondering lately if you are driving the right car? After all, your commute is, at least, one hour each way and there are more than a few drivers’ roads – twisty bits, off-camber fall aways and more – along the way, which enrich your drive. But, your vehicle, the humble daily driver in the driveway, it is up to it?
Advertisement

How many times last week did you wonder if you were driving the right car? If you are a truly serious gearhead, then it was probably about a million – give or take a couple. For example, let’s say you have a serious commute to the office that takes at least an hour to negotiate. Your home is in what they call the exurbs – too far out to be suburbs and not far enough to be called woodsy. In your daily drive, you have to negotiate some very interesting terrain – two-lane roads; twisty bits with off-camber turns; center-crowned roadways with lefts and rights that fall away and which then merge into some of the twisty bits. In other words, it is really interesting driving.

Which Vehicle Do You Think Was Chosen?

Do you have any idea which car might be the best for this particular type of driving? Well, if you are like millions of drivers, you’d probably choose a crossover to handle these roads. But, you do know that this is overkill, don’t you? It’s like trying to swat a fly with a cannon. In this situation, the advantage certainly isn’t yours. The fly is the winner by default.

With all of this said and with the thought that perhaps a midsized car is equal to the challenge that we have laid on SUVs to provide, we can’t help but agree with the CarGurus as they have just named the 2018 Passat GT one of the “Top Cars for Your Commute.”

With all of this said and with the thought that perhaps a midsized car is equal to the challenge that we have laid on SUVs to provide, we can’t help but agree with the CarGurus as they have just named the 2018 Passat GT one of the “Top Cars for Your Commute.” Here is an intereactive map with the study findings.

Passat Was The Right Choice

In its reasoning for its pick, CarGurus Senior Editor Matt Smith said the 2018 Passat was a great choice as it provided fuel economy along with the power to handle the steepest of hills. CarGurus called out Portland, San Diego, and Nashville as examples.

Derrick Hatami, executive veep of sales, marketing, and after-sales for VW of America (VWoA), was enthusiastic. “The GT represents the best of what Passat has to offer. Its V-6 engine is powerful, yet efficient. It sits low for better driving dynamics, and the interior and exterior is amped up for a sportier look. We think it’s a great choice for a daily driver.” VW, he continued, is honored “that CarGurus agrees.”

The 2018 Passat GT features VW’s 3.6-liter VR6® engine, which cranks out 280 horsepower and 258 pounds-feet of torque. It is part of a standard powerteam that includes a six-speed DSG® automatic. The powertrain returns an EPA estimated 19 mpg in the city and 28 mpg on the highway.

20 Enhancements Separate It From The Rest

More than 20 interior and exterior enhancements separate it from the rest of the Passat lineup including standard LED headlights and taillights, R-line® bumpers, a red accent line through the honeycomb grille and red brake calipers, reminiscent of the GTI, 19-inch aluminum alloy wheels and black accents inside and out. The MSRP on the Passat GT is $29,145.

To make its decision, CarGurus looked at commuting efficiency, mileage variation, hilliness, and weather for the “Top Cars For Your Commute” Analysis. They then looked at vehicle efficiency, horsepower, comfort and even alternative-fuel options to come up with the top car recommendations for specific types of commute. CarGurus Describe What It Is Like To Commute Across America.