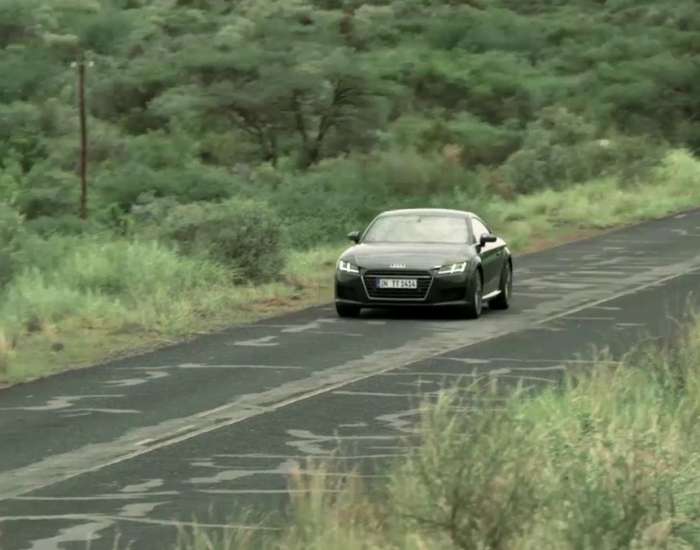 How Is Audi’s TT A Strong Seller? No One Seems To Know, But It Is

For the 2016 model year, Audi's TT has maintained a strong sales pace and no one knows why? Unless it has had a Porsche nameplate on it, sales have tended to be flat. The Audi TT has confounded that.
Advertisement

They are still shaking their heads about this one: Audi’s TT has done something no one expected it to do and it’s surprising – more about that in a bit.

Every year, Bloomberg’s number crunchers and go through lists of numbers to determine trends and things. For example, they wanted to know which cars were the top sellers and which were the worst, so they checked sales for most of 2016. The stories paint interesting pictures of the industry. In checking their numbers, the diviners confirmed what the industry has known for a long time – crossovers are the market leaders and sedans have fallen out of favor. Here’s a look at 10 trend-setters.

The Infiniti QX50 is the second-smallest of the automaker’s four crossovers. It is also the size that people are buying in top numbers. It is the size and shape buyers want. The 2016 model is somewhat larger and sportier than before.

As if it needed confirmation, the GLE crossover is a favorite of the Mercedes-Benz buying crowd. Sales of the GLE topped the E-class sedan and other less-expensive crossovers. Only the C-class sedan outsold the E-class in what is a bit of an aberration.

Here’s and old nameplate on a new crossover. When it rolled out in 2015, the only thing that remained about the XC90 was the name. A compact crossover, the XC90 is built on a new platform, has new styling touches and a new engine lineup. Motor Trend liked it enough to name it the SUV of the Year. The market liked it, too.

This one’s a head-scratcher. First, while it’s a VW, it’s not a Porsche, a line buyers love. Secondly, there are very few people out there buying tiny sports cars right now, unless they are branded Porsche. So, why Audi, a division of Volkswagen, sold 3,000 or so TTs in 2016 is a mystery. Maybe the credit is due to a redesign that includes a lightweight aluminum body, seriously cool headlights and an interior worthy of Star Wars.

Finishing a distant fifth is – you guessed it – a crossover. BMW has given the X1 the support it needs, a vehicle that shows off its driving dynamics. Buyers are also apparently impressed by the relatively high-off-the-road driving position.

Looking at the other side of the coin, the number crunchers found there are some interesting results.

There’s no doubting what Torque News Honda reporter Parks McCants says about the Fit and its stablemates; they are all great cars. The weird thing is that the Fit should be a stronger seller, especially when some tiny cars can be very crossover-like. Indeed, there’s lots of space inside the Fit so that it would seem like a no-brainer. If someone is looking for small size and lots of interior space, the Fit’s a good fit.

But, the numbers tell a different story. Maybe it’s the shape of the vehicle or maybe it looks more like a car than a crossover. Who knows? Perhaps the next Fit will truly look like a mini-CRV or HRV, and that could be all the difference.

What is a 6-Series vehicle? Is it a four-place coupe (two-door)? It still weighs in at nearly two tons, so it is hardly a lightweight. And, you can buy a convertible version, not that they are selling any better than other cars. So, is it a coupe, a 2+2, convertible or something else? It must be something else, a vehicle that buyers, believe it or not, continue to like, though not as much as before crossovers went rampaging over the market.

Here’s a vehicle with a real identity crisis. As a 500L, a crossover-style vehicle with plenty of cargo space, buyers are letting it alone in droves. However, by just changing the body and calling it a Jeep Renegade, they can’t get enough of them to the tune of 100,000 sales this year. The 500L, to most, apparently, remains just a Fiat.

Fiat Chrysler Autos (FCA) could have had it all with the 200, if the automaker didn’t have to fend off the Ford Fusion and Chevy Malibu which are, surprisingly, holding their own in a down sedan market. Indeed, FCA also has had to fight off Honda and Toyota, as well as competitive Nissan, Mazda and Subaru models. The automaker has found that the 200 is just not up to the task. FCA has hung up on the 200 and it will be gone when the model year is over.

Do you know what happens when an automaker stops supporting a marque with advertising and when the auto press continually pan the car? Its market tends to sink like a stone. Though it has only been here for two model years, the good ship Kia K900 may have hit some rocks and is sinking.

Looking at the pickup market – the most profitable for car dealers – you don’t need a divining rod or crystal ball to know that for the 40th year in a row, Ford’s F-150 will end up on top of the pickup market.

The make has a super-strong following of extra-loyal buyers. For a brief time, Chevy snatched the number one spot away from Ford, but the lead was only by a relatively few pickups. It was the result of a shortage of the product that has been remedied. Ford will sell about 800,000 copies of the F-150 through the end of the year. Chevy will likely be number two, followed by Toyota, Ram and Nissan. GMC and Chevy sell virtually the same vehicle.