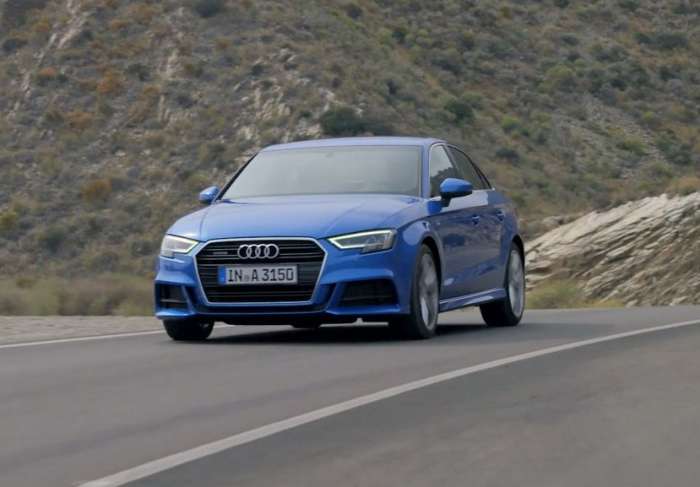 The ongoing Dieselgate scandal keeps affecting Volkswagen and its subsidiaries. For example, changes to the A3 and planned Q4 have been shelved temporarily as engineers, who would normally be working on the new models, have to devote time to software updates to rigged cars already on the road.
Advertisement

Volkswagen’s emissions scandal refuses to go away. According to a report Wednesday, updates to vehicles that have been equipped with rigged emissions software have kept engineers from working on the new models.

Auto motor und sport, quoting Audi sources, said the automaker is “behind in time planning with the next stage of vehicles to be based on the MQB (Volkswagen’s modular design platform) architecture.” The next-generation A3 is set to arrive at the end of 2019, while the Q4, a crossover, is scheduled to join the lineup, but,won’t appear until 2021.

A spokesman for Audi, quoted in Automotive News Europe, had no comment on the report. “We do no comment on speculation about future models and their launch dates.”

Sources told auto motor und sport that the delays have occurred because fixes to the 8.5 million rigged engines in Europe have taken the spotlight, pushing everything else out. A total of 11 million cars has been affected by the emissions rigging scandal globally. Audi’s product plans call for A3 and Q4 to offer new gasoline and diesel powerplants.

Audi pins some huge hopes on the Q4. Previewed at the 2014 Beijing Auto Show in concept form with the TT offroad concept, Audi hopes the planned model will bring new customers to the nameplate. The concept showed features from the smaller Q3 crossover blended with the coupe form of Audi’s TT sports car.

A3 is Audi’s best-selling European nameplate. Through September, sales were 146,828. The figures were down 4.3 percent, JATO Dynamics, market researchers, said. The dip in sales reflects a general slowdown in sales that began in the final quarter of the year. Early indicators are that it continued in October.