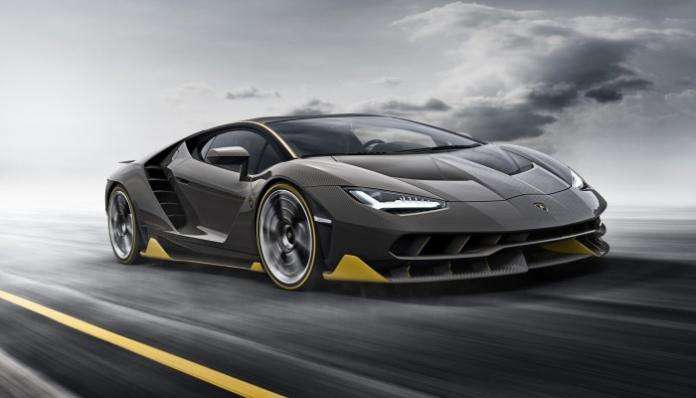 Goodwood will feature zipping Lambos and others, of course

Goodwood Speed Weeks to feature rollout of three Lamborghinis. Running the hill at Goodwood, the automaker will have the Centenario with its 2.8-second 0 to 62 time; the Huracan with its 740-horsepower V-10, and the Aventador S which features a unique engine note.
Advertisement

If you want to see – and have the money – the Lamborghini Centenario in the wild then take a trek to this year’s Goodwood Festival of Speed where it will be running in the supercar category. With only 20 of them slated for customers – they have been sold out for a long time – Goodwood will probably be able to see one as it goes “up the hill.”

However, if you do go to Goodwood and expect to see the uphill run, then you had better be ready to turn your head – or camera – quickly because the Centenario ramps from 0 to 62 kph (0 to 60 mph) in 2.8 seconds. And, while the supercar won’t likely reach its top-end speed of 217 mph (350 kph), on its run, it will still zip quickly up the hill as the V-12 770 horsepower gets power to the wheels.

The Centenario was unveiled last year to mark the 100th birthday of the automaker’s founder Ferruccio Lamborghini. First deliveries of the supercar are now underway.

Joining the Centenario at Goodwood will be the Huracan Permformante. The V-10 supercar, holder of the production car lap record at the Nurburgring Nordschleife.

The Huracan ran the “green hell,” through which the North Circuit drops, with a sub-seven minute lap time of 6:52.01. Marco Mapelli, the driver on the test run, piloted the record-holder and will drive it at Goodwood, as well.

Rounding out the Lambo offerings that will appear at Goodwood will be the Aventador S. The S model features an improved aerodynamic design, chassis and suspension developments, improved performance with a 740-horsepower engine and new driving dynamics, including rear-wheel steering.

Like its stablemates, the Aventador S sports a distinctive engine note from the naturally aspirated powerplant that spectators will hear as it runs up the hill.