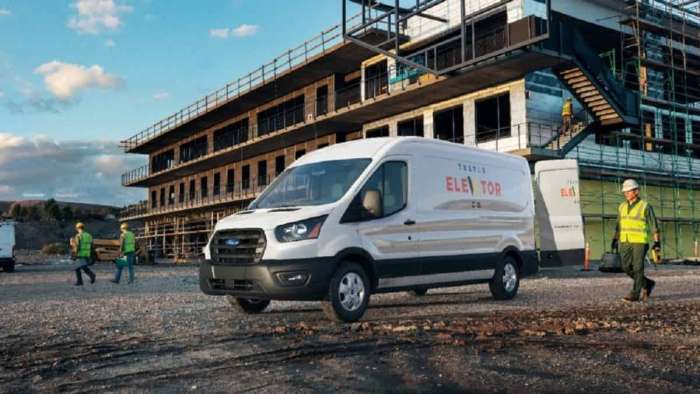 Ford Recalls Transits To Repair Problem With Its Backup Camera

Ford has issued a recall to repair the backup cameras in some of its 2022 Transits. The cameras stop working when an upfitter does work on the vehicle.
Advertisement

Way back when – at least a decade ago or more – before the advent of rear-facing video cameras that enable you to watch over your shoulder without turning around, driving students were taught two ways of looking backward to ensure the safety of people walking by to the rear. Also, they used the same method of rearward vision as the vehicle backed up to ensure there were no crashes.

Ways To Check-Out The Rear Of A Vehicle

The first way was to firmly place a foot on the brake and one of your hands at 12 o'clock while turning your head to the right and the rear. And, drivers, who had more experience behind the wheel than 15 minutes or half an hour, quickly picked up on this way of looking backward and seeing pretty much everything to the rear of the vehicle.

The second way was to, again, firmly place your foot firmly on the brake, place both hands on the wheel at roughly 10 and 2, and look either over your left shoulder or your right to the rear, enabling you to make sure that everything remained okay back there as you backed out of your space or as you backed and turned.

That situation has changed over the last 10 years with the advent of the backup camera. Little more than a capacitively charged video camera tacked onto the rear of your vehicle; the backup camera is integrated with your vehicle's Reverse control. Brake and put your vehicle into Reverse, and a video appears somewhere in the middle of your instrument panel that shows you precisely what is out there, and the best part is you don't have to turn your head. It is quite a nice feature.

But, what would happen if you were to purchase a van and, in having the van upgraded (upfitted), you found that the backup video camera stopped working.

That's what has happened to Ford. The rearward video image went blank when some of its vehicles were upfitted by independent installers, so the automaker issued a recall to fix the problem.

The vehicles involved in this issue are 2022 Transit vans. According to the National Highway Traffic Safety Administration (NHTSA), the rearview camera supplied with the Rear Video Camera and Prep Kit won't function if installed by an upfitter (final stage manufacturer). The result is a blank rearview image. The action affects 119 vehicles.

Owners Have Been Notified

Owners of the affected Transit vans have already been notified of the issue and its repair by the automaker. Dealers will update the audio control module configuration settings to repair the problem, free of charge.