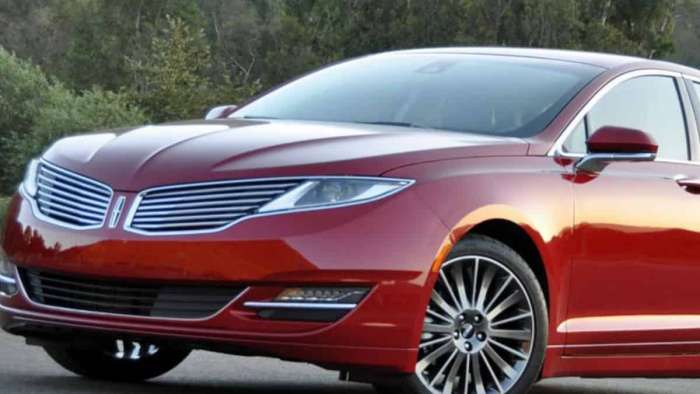 Continuing its regular recalls, Ford has recalled a small number of 2013-2016 Lincoln MKZs to replace some incorrect headlight assemblies.
Advertisement

Have you noticed the words "supply chain lately" keep popping up in various contexts? For example, in the food crisis that is brewing, the terms "supply chain" refer to the packing houses that the president is trying to keep open through his actions.

In the automotive world, the words popped up as plants started closing down more and more as some plants began running low on parts, at first, and the assembly lines began winding down. Then there came the actions of the automakers to shut down the assembly lines for extended periods (still shutdown) as the "supply chains" closed down.

And now, as the industry begins thinking about reopening in a few weeks, the term "supply chain" will likely take a prominent place in some upcoming stories about the industry reopening. It will be likely that some of the stories about the reopening will talk about the needs of some plants first. Later stories may continue the discussion and could quickly mention – remember this is when the industry is just coming back online -- there are "holes" in the incoming inventory.

Of course, by this point in the industry's reopening, it is quite likely that the automakers will fix and "holes" that exist in their "supply chains" will be set by the time all of the lines are up and running but it may be likely that the "supply chain" story will be talked about by some until then.

With that said, though, Ford has issued a new recall for a small number of 2013 – 2016 Lincoln MKZs for issues with their replacement headlights that got into the wrong "supply chain" a few years ago.

Though the headlights were similar and appeared to function correctly, the assemblies didn't meet Federal Motor Vehicle Safety Standards (FMVSS). The noncompliance issues for the headlights included: for headlight beam patterns, illuminated side markers, horizontal adjustments, and U.S. Department of Transportation (USDOT) markings.

As noted, this isn't the biggest recall of the year, but it does indicate that Ford is committed to assisting its customers and their safety. To that end, the automaker noted that its recall action affects 130 replacement headlights, including 37 vehicles, identified by Ford, in the United States. Ford is not aware of any accidents or injuries caused by this issue.

Dealers Will Inspect And Replace Parts

Ford dealers will inspect the headlight assemblies of any vehicles identified and will replace the assemblies as needed. Also, Ford will contact those customers who may have purchased the headlights as over-the-counter replacement parts.

The Ford Motor Co. identifier on this recall is 20C10.