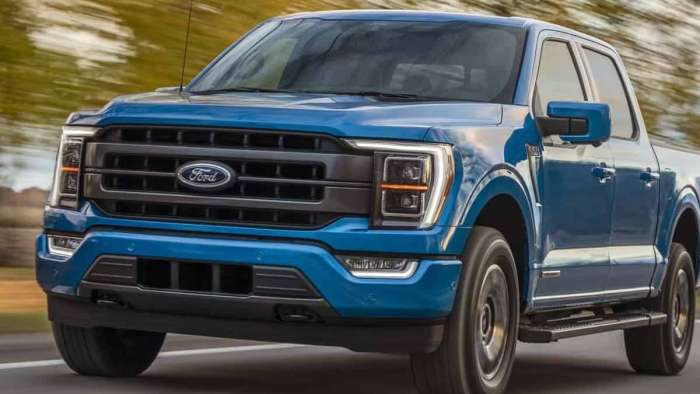 In another major recall, Ford has recalled nearly 50,000 2021 F-150 pickups to repair a problem with a false diagnostic issue that shuts down the transmission and stops the pickup, increasing the risk of a crash.
Advertisement

If one thing has had a significant impact on vehicles in the last couple of decades, it is the adoption of microcomputers to control various functions. For example, most vehicles today have a wide range of computer systems.

Computers control overall engine functions and transmission operations and control driveline operations, manifold functions, and more. Most of the computers in a vehicle are not visible. Indeed, to most people, the most apparent computer control is in infotainment and other electronic modules like engine control and GPS. Each lends itself quite nicely to computerization.

One must wonder how vehicle manufacturers controlled various functions for more than a century. The answer is simple with mechanical means. Take a function like the speedometer/odometer. The mechanical hookup involved a spinning sender on the transmission tied by an armored cable to a step-down receiver at the rear of the mechanical speedometer/odometer module. An impulse splitter splits the input to both the speedometer and odometer. It gave the operator a view of the speed and how many miles the vehicle traveled.

Note that the mechanical linkages usually lasted for the life of the vehicles. They were sealed units – they had to be to keep unscrupulous parties from spinning the odometer back, lowering the number of miles on the vehicle. The sealed unit was a development of the 1970s where the consumer movement enabled laws that punished "spinning" – or turning back the reading on an odometer. Through the 1960s, the rear of the speedometer/odometer was accessible. It took a pair of pliers to spin the odometer back, lowering the apparent number of miles on the vehicle.

With the advent of microcomputers, ultimate control over various vehicle functions became controllable digitally, for the most part. By the way, the linkages remained the same. The change was that instead of being linked to a mechanical receiver, the controller head became digital and received its inputs digitally.

This is only one example of how digitization has impacted vehicles. Indeed, the output streams into one information center displayed on a vehicle's significant information screen segment.

How many major and minor systems are microprocessor-controlled? Between a dozen and 20 systems are controlled by computer systems. You might think that computer control would guarantee that your vehicle would perform well all the time, but sometimes there are problems.

Nearly 50,000 2021 Ford F-150 pickups show a problem with the Diagnostic Trouble Code for low transmission fluid pressure. This false low-pressure flag can cause the pickup to lose power. This can increase the risk of a crash because the vehicle code will cause the transmission to shift into neutral unexpectedly.

The owners of the F-150s pickups involved in this recall can expect their notifications early next month. Once owners receive their notifications, they can contact their dealers, whose technicians will update the Powertrain Control Module (a discreet subsystem) to eliminate the problem.

For more information, owners of the affected vehicles may contact Ford customer service at 866-436-7332. The Ford identification number is 22S15. Owners can, if they prefer, contact the National Highway Traffic Safety Administration (NHTSA) Vehicle Safety Hotline at 888-327-4236. Or, they can contact the safety agency's website at www.nhtsa.gov.