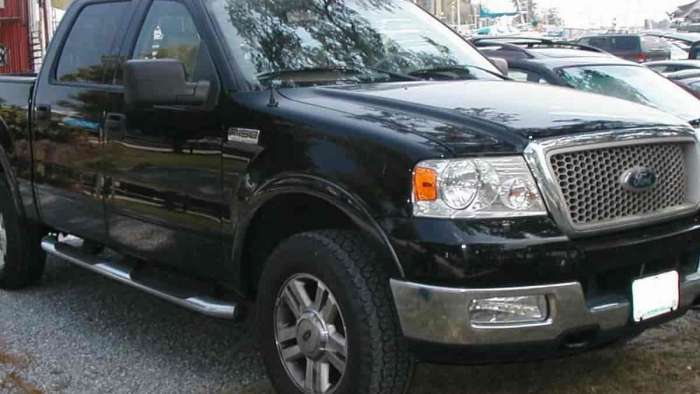 Ford has had a busy time with recalls. In the latest recalls, the automaker has recalled 2018 F-150s to repair rear pickup bed latches that open and to fix Transit Connect vans whose panoramic Vista roofs fly off.
Advertisement

A couple of months ago, Ford announced it recalled 2021 F-150 pickups for problems with tailgate latches. As outlined in my earlier Torque News story, the problem affected manual and automatic tailgate latches.

Recall May Go Back Several Years

It would have seemed, at that time, that the latch problem was somehow limited to the latest models Ford F-150 pickups, but after looking at a recall for 2018 F-150s, it seems that the problem not only affects more current models but also goes back several years. Indeed, the recall announcement lists the models involved from 2018.

Like the most recent tailgate latch recall, the issue affects manual and automatic latches. The problem is that the latches may open without notice, and any cargo in the bed can spill out on the roadway in the back of the moving pickup creating a traffic hazard for vehicles following the pickup.

In this way, the cargo becomes road hazards for vehicles following the F-150, thus increasing the possibility that the cargo may cause crashes.

Ford plans to notify the owners of the 57,591 affected 2018 models when they can bring their pickups in for service to their Ford dealerships. Technicians will check the lock linkages for problems at the dealership and replace them. Notification letters will be sent to the affected vehicles later this month.

Or, they can contact the National Highway Traffic Safety Administration's (NHTSA) Vehicle Safety Hotline at 888-327-4236. Owners can also check with the agency's website at www.nhtsa.gov. The identification number of this recall is 21V983.

Certain Transit Connect vehicles have been recalled for panoramic roof detachment issues in a second recall. In this recall, Transit Connects, equipped with panoramic fixed glass Vista roofs, are affected by this issue. These panoramic glass roofs have an improper bond between the roof and the glass, and these roofs can separate from the vehicle, causing a potential traffic hazard.

According to an announcement from the NHTSA, 311, 2014 Transit, Connects equipped with panoramic roofs are affected. Ford will contact the affected vehicles this month, telling them when they can bring their vehicles in for repair.

Second Part Of An Earlier Recall

Dealer technicians will inspect and then remove the affected roofs. Then, they will clean and reassemble the panel for free. The new recall – 21V977 – expands an earlier (2016) recall, and the number of the earlier recall is 16V695.