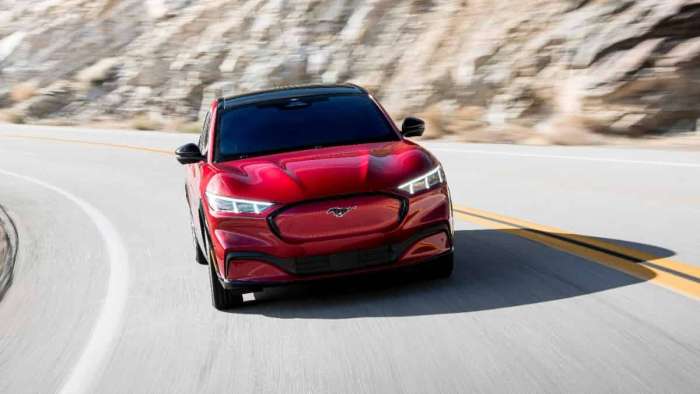 With the messy rollout of the Explorer a couple of years ago in its rearview, Ford is trying to make the Mach-E launch as smooth as possible.
Advertisement

In a story whose origins are traceable to a slow rollout of a key subcompact in the first decade of this century, Ford has been working hard to get its Mustang Mach-E rollout right. In 2000, Ford introduced a new model, the Focus, which had its share of teething problems.

Brief History Of Another Messy Rollout

At that time, Ford also owned Mazda and shared the Mazda3 platform with the Focus. Both models were built at the Flat Rock, Mich., Assembly Plant. At first, Ford held the Focus/Mazda3 to fix several problems. The problems included suspension issues and wheel and tire problems. There were others, too. As a result, the subcompact had slipped some months.

Fast-forward two decades to 2020, and you find the latest botched intro, the 2020 Ford Explorer. Following a costly major update, Ford ran into significant teething problems with the Explorer. Ford held the Explorer to rework the issues, and the SUV line slipped by several months. 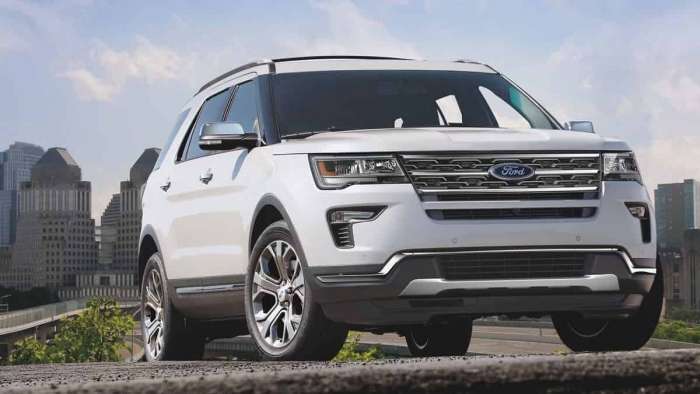 That said, though, Ford could hardly afford the notoriety of another delayed vehicle, especially one that was a leader in its sales class. Though the figures aren't immediately available, it was more than likely an expensive delay. It is why Ford has been taking extra steps to make sure the rollout of the Mustang Mach-E is on the money.

Ford Has A Lot Riding On Mach-E

Indeed with the amount that Ford has riding on the Mach-E, the automaker has had to get it right. According to the auto industry trade paper Automotive News, Ford is "going the extra mile to make" Detroit's "first serious challenger to Tesla's electric vehicles a success."

Some of Ford’s proactive moves include:

"Some of the tactics are new territory for a company with more than a century of experience in customer service. At stake, experts say, is the brand's credibility among impressionable and sometimes influential shoppers in a burgeoning segment," Automotive News said.

"When you're launching not just a new vehicle, but a new type of vehicle, and you're going after a new target audience, especially a younger tech-savvy group of EV buyers, you can't treat it like another vehicle," Karl Brauer, an executive analyst at iSeeCars told the trade paper. "You don't get a second chance to make a first impression, and there are a lot of potential first impressions going on with non-Ford buyers with the Mach-E. They have to like a serious player; not just that they can produce the car, but that they can support the launch and the owner body."

Andrew Frick, Ford vice president of sales in the U.S. and Canada, said the automaker is emphasizing the need to get it right with the Mach-E because of the vehicle's importance. "Each of our all-new vehicles is important to launch right and with great quality, but there is a certain level of special attention and excitement around Mustang Mach-E after customers have read the positive reviews and heard about the awards," he said in a statement. "We're hearing from tech-forward customers and customers who hadn't considered an EV before how excited they are for Mach-E, so we need to make sure we get this right as we get ready to also launch the all-electric E-Transit and the all-electric F-150 later this year and next."
Jimmy Dinsmore, senior Ford reporter, discusses the name of the EV-F-150 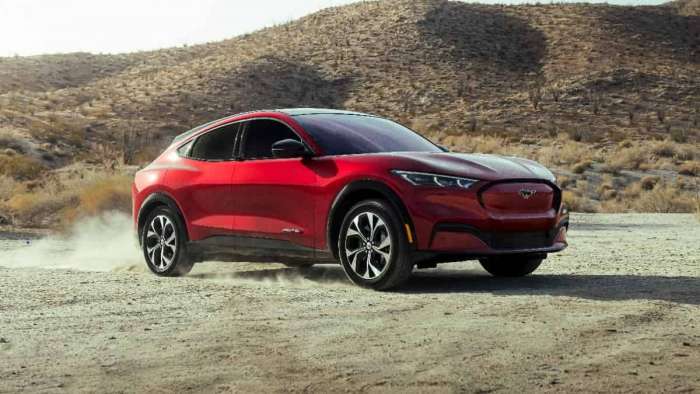 Mach-E Sales Have Been Respectable

The Mach-E has had very respectable sales since its launch. For the period December to March, Ford sold 6,617 Mustang Mach-Es. Fully 70 percent of the buyers had previously driven a competitive vehicle. Many of the Mach-E customers were not only interested in the Mach-E but also Teslas.

"I don't think it's overstating it to say there's a battle for the hearts and minds of EV buyers going on right now, specifically between Tesla and Ford," iSeeCars Brauer said. "You're seeing a lot of energy on both sides trying to make the case that their models, and their longer-term plans, are the superior ones."

As Automotive News puts it, this means that Ford has to get out there to defend its vehicles or fixing glitches online.

For example, the publication said, "When a photo of a window sticker with a handwritten $ 10,000' market adjustment' made the rounds on Twitter last month, Mike Levine, the head of Ford public relations, took care of the matter himself. 'The markup has been removed from this Mach-E,' Levine tweeted the following day. He promised to help anyone who encountered a markup find a different dealer.'"

My colleague Jimmy Dinsmore discusses the latest additions to the Mach-E order book.

Here are other examples of issues Ford is addressing:

Ford's emphasis on a smooth launch follows the rather messy redesigned 2020 Explorer, the trade paper noted. The botched rollout "of the redesigned Explorer … contributed to a big drop in the automaker's 2019 profit," the trade paper also noted.