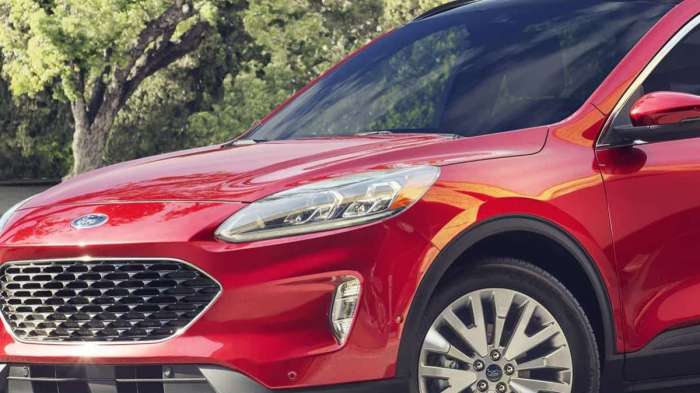 Ford's Bronco brand and F-150 pickup aren't the only models made by the automaker to have been honors in 2020. Recently, the Escape SUV was named a winner of a Ward's Auto 10-Best awards and the J.D. Power APEAL award.
Advertisement

But, no, now comes the news that the 2021 Ford Escape has been named winner of prestigious awards from J.D. Power and Wards. The Power name means the Escape crossover has earned top honors for its quality. Wards' honors are similar.

Specifically, the all-new Ford Escape has taken home the top spot among compact SUVs in the J.D. Power 2020 APEAL Study. The Escape also received an honor from Wards Autos. Wards named the all-new SUV a winner of one of its 10 Best User Experiences honoree.

Mark LeNeve, Ford's vice president of U.S. Marketing, Sales, and Service, said that when the automaker "reinvented the all-new Ford Escape for 2020, we considered how small SUV customer needs have evolved and pivoted to make Escape an even better urban mobility vehicle that delivers great fuel economy, features advanced technology, and is fun to drive."

LeNeve continued that is why "we now offer two different hybrid choices, including an all-new plug-in model with best-in-class EPA-estimated 100 MPGe, an available digital instrument panel and SYNC 3 infotainment, and second-row legroom that tops larger SUVs."

The J.D. Power APEAL study, now in its 25th year, measures owners' emotional attachment and level of excitement across 37 attributes, ranging from the power they feel when they stop on the gas to the sense of comfort and luxury they feel when climbing into the driver's seat.

At the same time, WardsAuto announced the Escape was a winner of a User Experience award.

In sum, the Ford Escape received Power and Wards honors for: