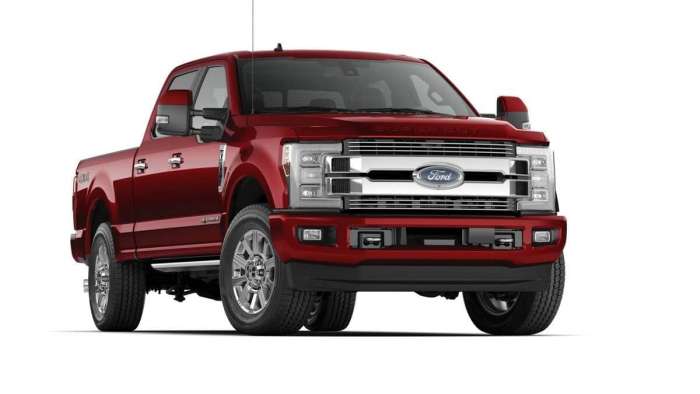 Ford has denied a recent lawsuit filed by a California truck owner that the Ford Super Duty series is plagued by an endemic 'wobble of death.'
Advertisement

You knew it had to happen, sooner or later. What, you may ask? Well, how about a class-action lawsuit over “the wobble of death” that affects some pickups including the Ford F150 and Ford Super Duty lines, as well as those from other carmakers. Torque News covered this issue some weeks ago in an analysis of the "wobble of death." It has occurred many times to many drivers, and it usually boils down to a problem with the suspension or parts of the suspension.

The Symptoms Remain the Same

The symptoms are usually the same, a complementary body vibration sets up a shimmy in the front end which then takes off on its own, and it gets worse. Studies of the vehicles’ suspensions and parts usually reveal heavy wear and tear to items like tie rod ends; bad bushings; bad control arms, and the like. It also includes worn shocks.

So, now, a new class-action suit has begun against Ford. The lawsuit claims that the Super Duty pickups “are equipped with defective suspension components and steering linkages,” reports the Ford Authority. These problems, in turn, cause the vehicles to vibrate and shake in “what the lawsuit has dubbed a ‘death wobble.’”

The lawsuit covers vehicles built from 2005 to 2019. It includes current and former truck owners, as well as lessees. The pickups covered include the F250 and F350 Super Duties.

The class action has several culprits. It points to premature wear in the:

The suit goes on to allege that safety regulators have received a list of previous complaints relating to the condition. It further states that there are 12 more reports which point to injuries caused by crashes that resulted from the “wobble of death.”

Filed in the U.S. District Court for the Southern District of California, the suit, Lessin, et al. v Ford Motor Co., et al., was recently argued in front of a judge.

In an ironic point, Ford also pointed out filed the plaintiff filed his suit five years after the warranty ended. Further the automaker said, he drove the truck for eight years before seeking help. Ford maintained that since the Super Duty was working so long after the warranty period had ended it proved the vehicle was working as it intended, at all times.

Tesla-Funded Research Reveals One of The Biggest Mysteries of EV Battery
Tesla Tesla Buyer Nets a Whopping $12,000 Discount After Asking for Reduction
END_OF_DOCUMENT_TOKEN_TO_BE_REPLACED