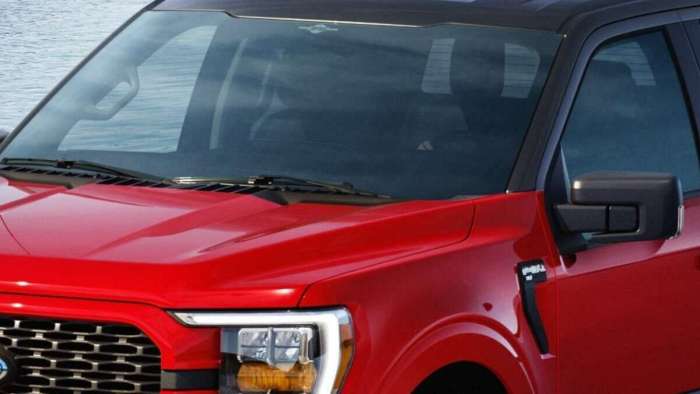 Aside from leading the pickup market for another year, the Ford F-150 has just turned 75 and the automaker is celebrating the anniversary with a special edition.
Advertisement

As everyone knows, the leading truck in sales for the last 45 years has been the Ford F-Series. In itself, that is quite an accomplishment. Here's another one to think about. The F-Series was introduced in 1947 or 75 years ago.

Now, if you do the math, you'll find something interesting. The F-Series has been the market leader for nearly two-thirds of its time in dealer showrooms. Others have tried to knock it off with similar vehicles. For instance, GM has tried to build Chevy Silverados that emulate vehicles like Ford's Raptor, but it hasn't quite got the knack to do it. And now, Ford has taken even more ground in the truck wars with the introduction of the all-electric Ford F-150 Lightning. And they even have specialized versions of heavy-duty off-roading pickups like the Tremor.

It is quite an array of vehicles that, as was noted, the rest of the industry hasn't touched. And now, after more than seven decades, Ford has decided to honor its feat of sales know-how with the release of a new trim level, the 2023 F-Series F-150 Heritage Edition. It is a modern take on the pickups of the 1970s and 80s.

The Heritage Edition, based on an XLT level vehicle, features two-tone paint offerings that are stylish and combine with the durability, capability, and technology of today's F-150.

The design of the Heritage Edition represents a fresh interpretation of the Classic A-B-A exterior paint pattern. The A-B-A represents how the paint is applied. With the first A color, you find that roof and pillars sport that hue. The B color is applied to the midsection of the pickup. The third A represents A repeat of the first color on the bumpers, lower door, and lower body.

In other words, let's after checking the various color availabilities you were to choose a red-gray two-tone scheme, the colors would be like this:

It is quite a striking color combination.

Meantime, unique interior offerings are in slate gray and black to complement the exteriors. Distinct seat trim covers featuring unique inserts, plus embossing on the console lid, further enhance the uniqueness of the Heritage design. A white "75 Years" logo appears in the upper center windshield and is included in the center screen startup animation and on the center console.

According to Ford, there are five color options available. They include:

Pricing will be available when order banks for the 2023 F-150 Heritage Edition open mid-July, with production, starting this fall.