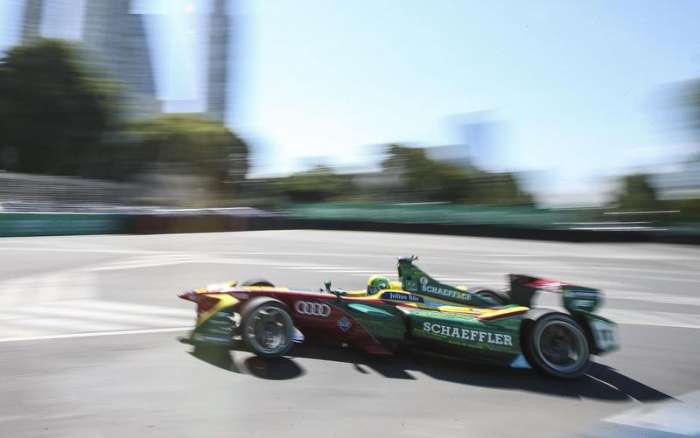 Lucas di Grassi, starting in the top grid position, quickly lost ground, dropping to fifth before battling back to finish third in last weekend's Buenos Aires Formula E shootout. Daniel Abt, the other driver on the Team ABT Schaeffler Audi, started near the back of the pack before driving brilliantly to end up in seventh position. His improvement was nine in particular.
Advertisement

Di Grassi, who took the top spot on the grid of departure, won an extra three points for his starting spot. The Team ABT Schaeffler, Audi Sports driver, had to battle high temperatures and humidity to gain his third place finish.

Struggling with heavy oversteer, things did not go well for the number one team driver. Quickly dropping from his advantageous starting position to the fifth position, Di Grassi battled to maintain position so that at car change, about halfway through the race, he could gain a new ride that didn’t fight him at every turn or corner.

Once on the attack again, Di Grassi was able to move up to the third position which was where he was when the race ended.

Meantime, Abt’s display of driving skill enabled Team ABT Schaeffler to gain needed positions. Though finishing seventh, Abt was able to score valuable points in the team’s classification, as a result.

The next edition of Formula E will be in Mexico City on April 1.