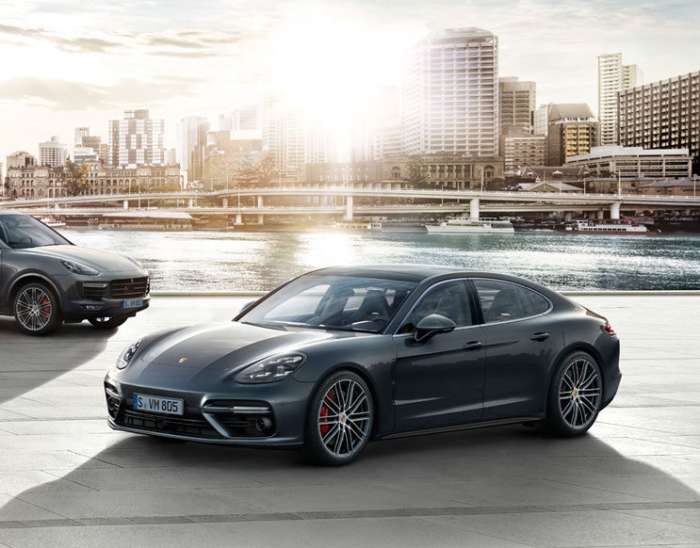 The the second year Porsche was named number on in the J.D. Power Sales Satisfaction Index. Indeed, its score grew by 72 points this year.
Advertisement

For the second straight year, Porsche has proven itself as the marque to beat when it comes to the car-shopping and buying experience. J.D. Power and Associates, the highly regarded market research firm, provided this information. Power has been conducting its market-leading surveys for three decades.

The high level of satisfaction among its customers is the major takeaway from the 2016 J.D. Power U.S. Sales Satisfaction Index (SSI) study.

If there is one group of car owners that is fiercely loyal to a marque, it is Porsche owners. Though Porsches have been uniquely quirky since the first 356 appeared in the mid-1950s, the marque has attracted a unique following.

It has also established itself as the one luxury brand that has the most satisfied customer bases in the industry. That was the primary thinking from this weekend’s release of the latest J.D. Power U.S Sales Satisfaction Index Study. For the second year, Porsche not only was the top among its owners, but it also outscored every other luxury marque, adding 72 points to its total.

The Sales Satisfaction Index (SSI) Study captures customer satisfaction with the sales experience among new-vehicle buyers and those who turn the marque down, also known as rejecters. Rejecters shop a specific dealership and end up buying elsewhere.

The SSI study has four metrics:

Porsche ranked highest across all four broad categories of buyers and rejecters. It is only the second time in the 30-year history of the SSI study that Porsche not only scored as well but also came outscored other marques. Last year, 2015, was the first time Porsche came out on top.
It is interesting to note that while there is four buyer satisfaction categories, there are five rejecter categories. They are:

Power conducted the survey in April and May. Researchers sought the opinions of nearly 30,000 buyers, who purchased or leased their vehicles. A comprehensive analysis of the new-vehicle shopping and purchasing experience, the study measures customer satisfaction at U.S. dealerships.

Commenting on the results of the study, a beaming Klaus Zellmer, president and chief executive of Porsche Cars North America, Inc., said:

“Customer satisfaction is our highest priority in our endeavor to deliver a unique and rewarding Porsche experience. We pride ourselves on building exciting and innovative sports cars, but our success is ultimately measured by the approval and appreciation of our customers. I would particularly like to thank our dealer partners who have made it their mission to provide a benchmark experience for their clients who are purchasing a Porsche.”