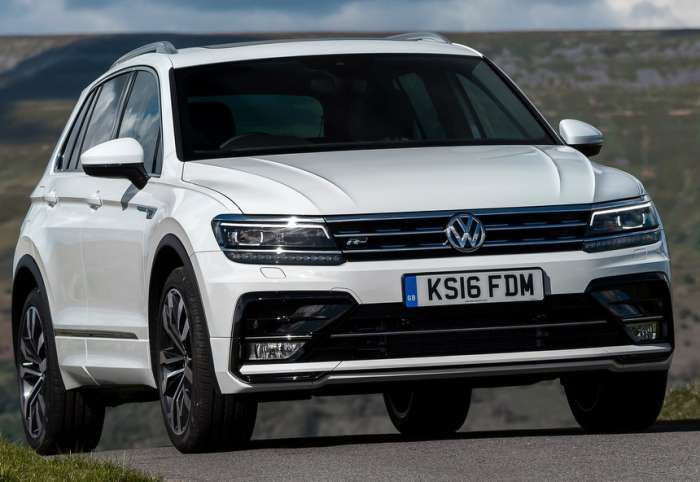 Volkswagen is having some good news, at last. With negotiators working out Dieselgate settlements and with strong sales again, the automaker has received some excellent news.
Advertisement

Slowly, but surely, things are beginning to look better for Volkswagen. For example, the automaker, regulators and consumer attorneys were able to settle the most nagging remaining issue of the Dieselgate scandal, what to do about the 80,000 rigged 3.0-liter turbodiesels affected by Dieselgate.

And, the automaker’s sales have turned around and are solidly producing month-to-month gains. Also, the automaker and Canadian regulators and attorneys also achieved a settlement of their version of the same scandal.

Now, Volkswagen’s 2016 Tiguan has been named best-in-class in the “small off-roader” category of the European New-car Assessment Program (Euro NCAP). Tiguan is one of the automaker’s best sellers in Europe.

The 2016 Tiguan is an all-new version of Volkswagen’s top-seller. It has been called one of the safest vehicles in its segment – compact crossovers.

The NCAP test standards, which used child-sized test dummies to determine crash test results. The new models helped to raise interior occupant protection to excellent for adults and children. Tiguan also offers better frontal and side protection. The compact crossover can provide this protection thanks to the way in which VW’s engineers have enabled the standard ISOFIX and Top Tether seat anchors to work in combination with the second-row seatbelt pretensioners to provide better protection.

Tiguan has some improved safety features that easily pushed made it best-in-class. The features include:

All features are standard on the current Tiguan.

Each year, the Euro NCAP program publishes its list of the top-ranged vehicle. In 2016, a total of 22 models from all manufacturers were put through the same rigorous testing process. Last year, Touran also won the coveted “Best in Class.”