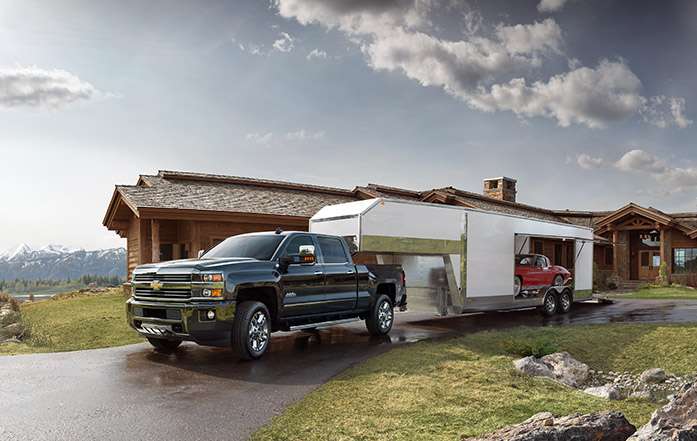 What is wrong with the steering on some of the 2016 Chevy Silverado 2500HDs?

A number of owners of the 2016 Chevrolet Silverado 2500 HD complain that the steering is loose or wanders. Chevrolet has issued a Technical Service Bulletin about it, but owners say it doesn't fix the problem.
Advertisement

The complaint was first posted last summer by someone called Queen. “The 2nd week I had it and the power steering box started leaking terribly- as in puddle on the driveway. Took it to different dealer as the 1st on was horrible. They sealed the leak and gave me the truck back until the part (power steering box) comes back in. So I leave the dealer, guess what? The steering is sloppy. About 2-3 inches I can move the wheel left or right before it is responsive. It wanders and constantly has to be corrected. Everyone says "it's impossible" because it's a mechanical system. Until they drive it and they go "oh my I see what you are saying". Meanwhile I have a $60,000 truck I worry about driving to work or towing to go camping this weekend while I wait for a power steering box from GM. VERY frustrating.”

Since that first post, there have been nearly 400 others. Most are other 2016 Chevy Silverado 2500 HD owners who are reporting similar issues.

General Motors has issued a Technical Service Bulletin for the problem, it is lengthy.

“#PIT5501C: Steering Feels Loose / Excessive Lash / Fluid Leak At Lash Adjuster (Adjust Steering Gear). The following diagnosis might be helpful if the vehicle exhibits the symptom(s) described in this PI.
Condition/Concern
Some owners may comment that the steering feels loose, there is excessive play in the steering, and/or a small power steering fluid leak from the steering gear lash adjuster may be noted. These concerns could be caused by an incorrect Pitman Shaft Over-Center Preload Adjustment.”
The TSB wants the service people to ask the owners all sorts of questions about where and how the vehicle was driven. Was it driven offroad? Have they towed anything? Has the truck been lifted or modified in any way? Did the problem occur quickly or slowly get worse?

The TSB recommends that the service people concentrate on the Pittman Arm and lash adjuster stud/nut/cover interface. It sounds as if the nut or stud comes loose and allows too much play in the steering. Gunny posted “I just picked my truck up and this dealer knew about the problems with the play in the
steering wheel. The play is caused by a adjusting screw in the steering box backing out causing the play in the steering wheel.The fix is using a chemical call loctite to keep the screw from backing out.Seems to be back to normal and only time will tell if comes back.”

A Maryland driver says the fix didn’t last very long. “Got it back and within 600 miles it got worse. Had 3-4 inches of play. Took it back and they fixed it. Said they did a long list of items plus recal of sensors. The paperwork states...remove steering box and perform adjustment procedure per bulletin #pit5501c. reset btoe in. relearn steering angle sensor & p/s pressure sensor learn.”

Enthusiasts note that the issue seems to be only on trucks built at in Flint, not in Fort Wayne. No indication as to why.

There are so many of these complaints that dealers are now suspicious of people coming in with the TSB. Many dealers are just ordering new steering boxes. “He told me, he would never try PIT5501C or D. . He told me it is a very complicated system and setting it to OEM is difficult and that I would never be happy with the steering if they attempted to follow the PIT5501 C&D. That's why they just ordered a complete new steering gear box to begin with.”

In all, there are 27 pages of complaints about this issue. One person who describes himself as a GM tech tried to help the angry owners but was hounded off the site by hostile posters. They are furious that the service departments don’t seem to know how to fix the problem long term and they don’t feel they are receiving help from GM and Chevrolet.

As of right now, it appears that the 2017 Chevy Silverado 2500 HDs are not having similar problems. No word of a recall for the 2016s, although the problems are reportedly widespread.