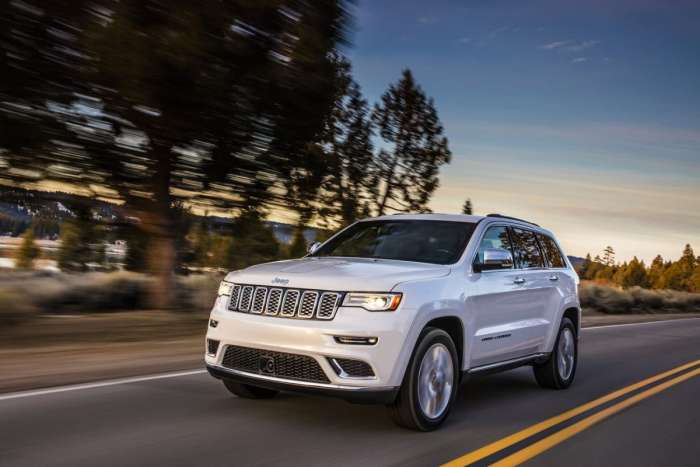 Fiat Chrysler is expected to announce that it will open a new plant in Detroit by 2020. We look at why Fiat Chrysler needs the plant and politically why it makes sense to open it in Detroit.
Advertisement

Fiat Chrysler is expected to announce any day that it plans to re-open a closed Detroit plant to start making more of its wildly popular Jeep Grand Cherokees. It needs additional capacity to meet the huge demand.

Mack Avenue Engine is Expected to be the Plant’s Location

It is believed that Fiat Chrysler could have the Mack Avenue Engine plant refurbished in time to build vehicles by 2020. The move would add hundreds of workers in the Detroit area at a time when both Ford and General Motors are cutting back and refocusing their workforce. Consumers have shifted away from sedans and toward SUVs and trucks and Fiat Chrysler stands ready to capitalize on the shift. Fiat Chrysler has already transformed its available plant space to make more trucks.

With Jeeps becoming more popular every day, it also makes perfect sense to take advantage of the high demand as quickly as possible.

The location, in general, is perfectly located because it is very close to the Jefferson North plant that is currently making the Jeep Grand Cherokee. One of the plants, either the current one or the new one is expected to make the new, larger Grand Cherokee that will have three rows. By utilizing the newly re-opened nearby plant, Jeep can do pretty much the same thing it did in Toledo when it was producing the new Wrangler. It can shift different types of production between the two plants and have very little down time, even during retooling and design tweaks. Plus, Fiat Chrysler already owns the land and it is already zoned for manufacturing. That will cut down on the wait times associated with red tape.

You may recall that Jeep produced both the Wrangler JK and JL versions in the Toledo plants, so it could boost production with little lost time. Jeep could achieve a very similar outcome by running Jefferson North and Mack Avenue.

The two plants’ proximity would also streamline parts distribution, so that shipments aren’t routed across the state or even cross-country. Locating a new plant near current parts suppliers should save time and money, especially if Jeep is trying to boost production quickly.

Union employees who are looking for big raises may be disappointed because of slowing vehicle sales. The promise of at least 400 new jobs could help soothe some of the rank and file’s anger. General Motors has its own problems with recently announced lay-offs and at least five projected plant closings. Ford is also struggling to right size its work force. The 2019 contract talks are expected to be difficult but a new plant, and the jobs it can bring, could help Fiat Chrysler significantly.

Jeep has not released any of the details about the fuel economy for the larger, three-row Grand Cherokee. When it does, you can compare models here.