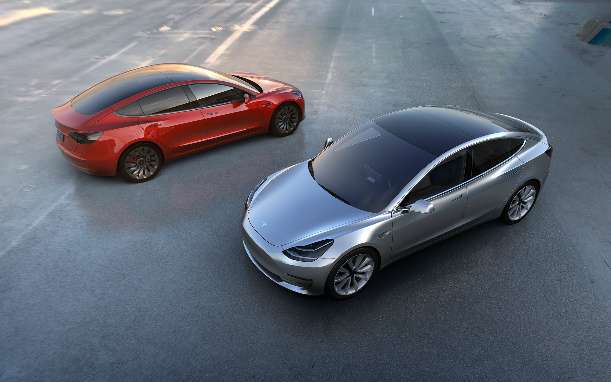 If you are dying to order a new Tesla Model 3, you won't be seeing it until at least mid-2018.
Advertisement

Tesla updated its media website about when the public will see the highly anticipated Model 3. The company says on its Model 3 page, that any new reservations won’t be filled before the middle of 2018. “Model 3 production is scheduled to begin in mid 2017. At this time, the delivery estimate for new reservations is mid 2018 or later, depending on country of delivery.”

Nearly 400,000 people have already reserved new Tesla Model 3s. The company has already said that the first year of production for the Model 3 is sold out. The posting on its website may not represent a huge change in the company’s schedule.

Originally, Tesla said that production would start in mid-2017 and the first vehicles could be delivered later in 2017. It would then make sense that any new orders wouldn’t be filled until the next year.

The Model 3 is supposed to be the most affordable Tesla, with a starting price around $35,000 before any tax rebates or incentives. It is expected to have a range of approximately 200 miles.

In contrast, the Chevrolet Bolt has already been given an EPA-estimated range of 238 miles per charge. The Bolt will sticker at $37,500 and be available for a $7,500 tax credit. The Bolt is expected to have a limited release in select cities later this year. It will be sold as a 2017 model.

While the Bolt will be available sooner, the Tesla Model 3 is already being hailed for its beauty and design. Tesla is also promising that the Model 3 will be fast and comfortable. “Smart design maximizes interior space, to comfortably fit 5 adults and all of their gear. Tesla makes fast cars, Model 3 is no exception. The high efficiency electric motor provides zero to 60 mph acceleration in less than six seconds. And when equipped with electric all-wheel drive, Model 3 provides safe and dependable traction in all conditions.”

Tesla is renowned for running late. While they have promised repeatedly to ramp up production, they are still are hampered by the lack of assembly facilities.

Tesla is also supposed to be making a significant announcement in the very near future. It may be expanding its model line-up or perhaps it will announce more production capability, which would make both investors and potential buyers happy.