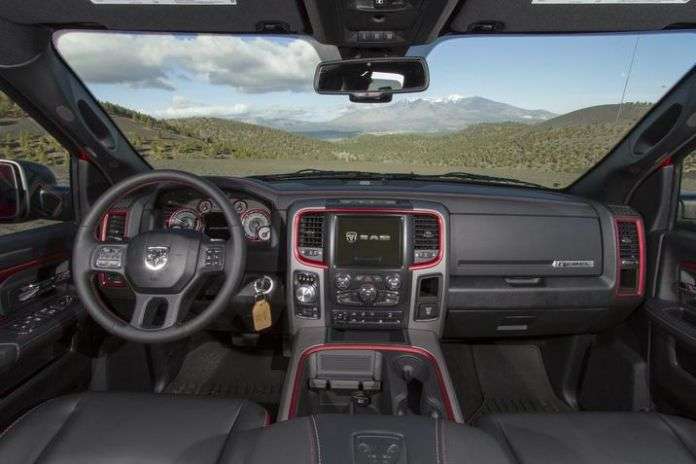 While most owners of 2009-2017 Ram 1500 owners are alarmed to hear of the recall of 1.8 million Ram light duty and heavier duty trucks, others seem to be taking the massive recall in stride.
Advertisement

The Malfunction Prompting the Recall

According to FCA, “The Brake Transmission Shift Interlock (BTSI) may not function properly if subject to specific high-temperature conditions for prolonged periods.” In plain English, The gear shifter can fail if the vehicle is exposed to high interior temperatures. If the gear shift fails, the truck can be shifted out of park and the truck can roll, even if the brake pedal isn’t pushed and the key isn’t in the ignition.

Tom McCarthy, who oversees Safety and Compliance for FCA says in the company’s statement, “We urge customers to use their parking brakes, as recommended, and to ensure that child occupants are not left unattended.”

While many owners are alarmed to find out that their trucks can be shifted out of park accidentally, others are pretty nonchalant about it. On one forum, Crispy, from Pennsylvania, says, “Heard about this the other day. I assume they will be sending out notifications by mail. As of this past weekend I didn’t see anything listed for my vin so they may still be going through details and solutions. This doesn’t seem like a big problem to me.”

Fire, from Wisconsin, raises an important question. “1.8 million trucks? How many years will that take to fix them all?”

Hemi, from New Hampshire, says “It will probably be like the recall on my wife's Jeep; the recall has been in effect for probably 8 months, but they still don't have the parts to fix it. FCA said it was seven cases that they were aware of, so it's more than likely a voluntary recall done at their own pace.”

The recall is limited to vehicles equipped with shifters mounted on their steering columns. Those with rotary-dial shifters or floor-mounted shifters are NOT affected.

FCA says that owners will be notified when the parts are available to fix the gear shifters. Worried owners can contact Ram and FCA US at (866)-220-6747.

Bill wrote on February 16, 2018 - 10:43am Permalink
They still have yet to fix my takata airbag issue on my 2013 Ram. I found the under seat connectors lose contact and disable the airbag system. FCA doesn't care about it. The dealer that attempted the fix did dent my front bumper and then denied it, even though I pointed out the other dents/scratches that I knew the vehicle had previously. Cost me $300 to fix. Took the truck to 3 dealers for bed squeak. They couldn't find or fix that either, so I found and fixed the issue. Emergency brake has stuck since I purchased the certified truck, so I can't use it. They never fixed that either. All under certified warranty, yet they couldn't fix any of the issues. They did try ti charge me $120 every time I brought it in for warranty work and waste a bunch of my time/ gas though. I called FCA about my emergency brake not working, so with this recall that they don't know how to fix yet they informed me to not drive the truck. This is what they told me about the airbag issue they couldn't fix either. So FCA's answer to something wrong with your truck that they probably can't fix is to stop driving the truck that you are paying for. That's it, nothing else about fixing it....just don't drive the truck! They have a long way to go with customer service, like offering customer service in the first place.