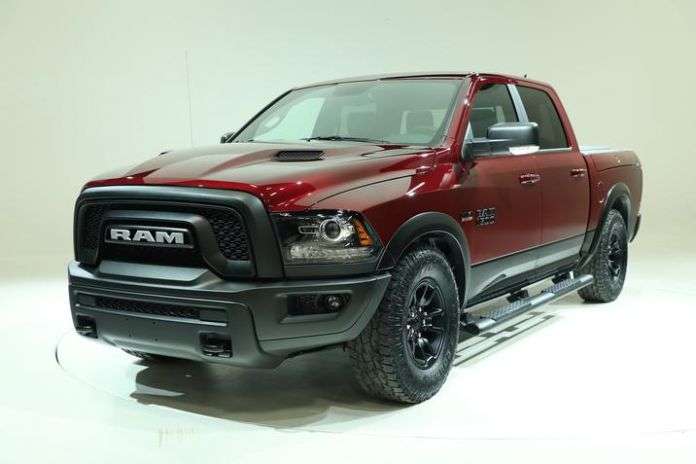 A contributor to a popular Ram forum claims that Ram may be considering building a diesel truck that would split the difference between the Ram 1500 and the 2500.
Advertisement

A member of a popular truck forum raises an interesting question. Is there enough demand for Ram to build a truck that falls between the Ram 1500 and the Ram 2500? FDNY, who drives a 2017 Ram 1500, says it was a Ram rep who told him about the idea. FDNY says, “Went to the cowboy Christmas show at the Las Vegas convention center and stopped by the Ram display. I was talking with a factory rep who was asking people to go on a video that would be taken to the people in the Ivory tower. They wanted to know what your likes and dislikes were regarding your truck. Needless to say I told them that their headlights suck. The rep went on to tell me that the factory is thinking about a model in between the 1500 and 2500 which would be a 2000. It will have an Ecodiesel engine is about all I know. The rep didn't say how big or small the truck might be. Now don't get me wrong here he said the factory is thinking about it. I guess only time will tell.”

Other members on the forum were quick to respond. Green, from Wisconsin says, “I wonder what need that fills...the 1/2 ton can tow 8-10k lbs in most Hemi configurations (and you'd probably want a 2500 if doing that regularly). The only thing I can think of is that the extra weight of the Ecodiesel chews up more of the 1500's paltry (relatively) payload capacity and they're basically bringing back a 1/2 ton with leaf springs to up the payload.”

Paco believes it would help the payload. “I would think the biggest reason is more payload. It would be nice to be able to get 4 passengers and still a 1/2 ton in the bed without going to a 2500. A 1/2 ton pickup SHOULD be rated as such to be able to carry full cab of #175-200 passengers AND the rated 1/2 ton of cargo in the bed.”

Not Enough Room in the Market?

Horse, who is a frequent poster on the forums, believes that there isn’t a great enough need for a Ram 2000. “Ford had the F250 LD also in the early 2000s, and Ram had the Tradesman HD that was a 5.7L 2wd 2500 chassis with 1500 bodywork back in 2011 or so. It was only available as a RC 8' bed truck. Also, don't forget that the 3rd gen MegaCab 1500s were built on 5.7L only 2500 chassis. According to GVWR they were half tons, but in reality the frame and axles and stuff are 3/4, such as if you buy parts for them. Given that the big 3 have all tried the heavy half idea and nobody still makes one it should be pretty telling how it will go. Now Nissan is making a 3/4 ton that they advertise as a heavy half ton and look how that is going. Same price, ride, and fuel efficiency as a 3/4 ton from the big 3, but with less capability. If it was a niche that actually existed then somebody would have been able to offer one for more than a couple years.
”
Dan, from West Virginia, says there are already other trucks currently available with those options if you need them. “Ford still offers a HD payload package on the F150. GM covered the "vortex max" in the 1500HD. It was a 6.0 and 8 bolt axles, stronger frame. Then there was the 2500 and 2500HD. Ford offered the F250 and F250 superduty. They were both 3/4 tons with just more capacity and options.”

A number of the Ram owners believe that Ram is only considering the 2000 to compete with the Nissan Titan XD. Beluga says there is an easy way to beat that truck. “All Ram really has to do to take a huge bite out of the XD market is just putting some softer springs on the existing 2500s, lower the payload number by about 500 lbs, call it a 1500 XtraDuty, and they will end up with a truck that is WAY more durable than the XD and rides just as well for way less money and still exempt from MPG requirements.”

It will be interesting to see what Ram has to say about the possibility of an in-between truck. The Ram 1500 is already incredibly popular. Would a Ram 2000 build on that market or just cannibalize it?