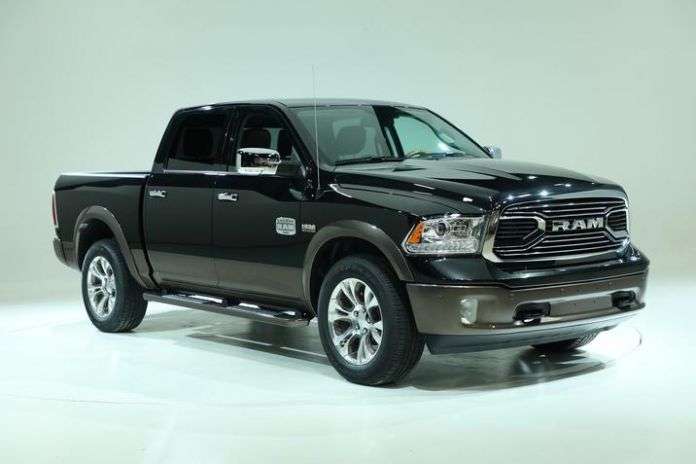 Just as we are heading into colder weather, some 2017 Ram 1500 owners are complaining that their heated seats don't get very warm.
Advertisement

The owner of a 2017 Ram 1500 Longhorn is reaching out to a popular truck forum, wondering if he is the only one who is unhappy with his heated seats. Longhorn, from Canada, writes, “New 2017 longhorn, 8K km... the heated seats on this truck are terrible. Not very warm at all and only the rear and lower section get slightly warm, both driver and passenger seats. My wife's Cherokee work fantastic. The 2010 Silverado i traded in for this worked great. All vehicles I've owned with heated seats are far warmer than these. Anyone know if this is vehicle specific or is this just poor quality?”

I don’t think that Longhorn is the only one who is unhappy, because I’ve seen a couple of other threads on this topic. The complaints aren’t just with leather seats, but also with fabric seats.

Magna says he has a similar problem with his 2017 Longhorn as well. “Hey Longhorn I’m only 10 min from you, maybe we can compare as I’m thinking mine is not that hot either. First time with heated seats but I can swear my buddies Ford was like a toaster oven lol. AS for the steering wheel heat it is hot but I've noticed after about 10min it goes down in temp.”

Many Ram owners say the seats get almost too hot

Fan writes, “I have the heated seats in my 2017 Laramie and they work so well that I usually turn them off before I get half way to work because they're too hot. Take it in to the dealer and get them to check it out since it’s under warranty.”

It is especially a problem for Longhorn because Canada notoriously has cold winter weather. Dewey, from Wisconsin, is also familiar with cold weather and he says, “There is something wrong with your heated seats. The leather seats in my Laramie get so hot I can stand them on high. Low is about perfect.”

Rob, from California, says that Longhorn should be feeling the heat. “My Longhorn seats get too hot for high setting within 10 minutes. Low setting seems to keep my seats right around body temperature. Heated steering wheel is too hot. It needs a low setting too. The wood portion almost burns my hands.”

Magoo, also from Canada, says the seats should heat up eventually. “Takes a while for the leather to heat up. As you drive, the higher output of your alternator will speed the warming process. Granted, these seats don't get hot like many other brands, but they do warm nicely once the truck is rolling down the road. This is the case in both my '14 and '17 Laramies.”

Defective seats should be fixed under warranty

Mike, from Washington, raises the issue of seat coverings but it appears that Longhorn must have a true problem. “The seat heaters in my Rebel work fine. They don't get as hot as the seats in the GMC I traded in, but I still have to turn them down to low after initial heating. Also, I have Cordura Ballistic seat covers, in case anyone is wondering if seat covers affect them.”

Mac, from Boston, adds that his Laramie seats work almost too well. “My Laramie seats heat very quickly and I have to put it on the lowest setting and that still is very warm. Great seats.”

It sounds like Longhorn definitely has a problem and he isn’t the only one. These are just a sampling of the complaints I have seen in similar threads. Lucky for Longhorn, his truck in new and under warranty so at least he can get it fixed on the company’s dime. It is still a hassle to have to take your truck in and lose time getting it serviced.

LG's New EV Battery Plant Is a Welcome News for Tesla
Tesla Giga Berlin's New Hurdle: It's Not Only the Gov't, but Now Tesla Itself
END_OF_DOCUMENT_TOKEN_TO_BE_REPLACED